I LOVE gelato and was very excited to attend a taste testing with Mel and Tara at the newly opened RivaReno gelato at 280 Crown St, Darlinghurst. This Australian branch of the established Italian gelato chain is the first to be opened outside its homeland. 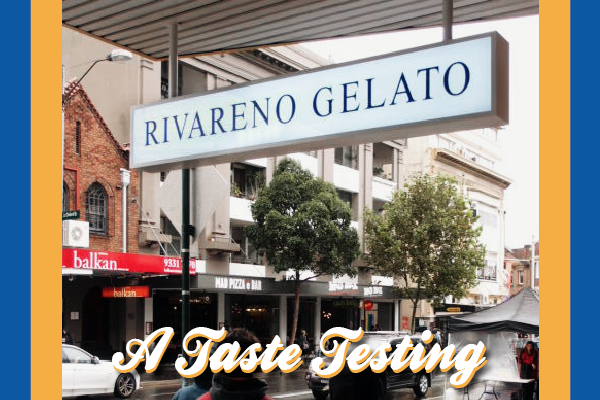 All of the ingredients (except the eggs, fruit and nuts) are sourced and imported from Italy, including the milk which is raw alpine milk from the high Cuneese valleys. 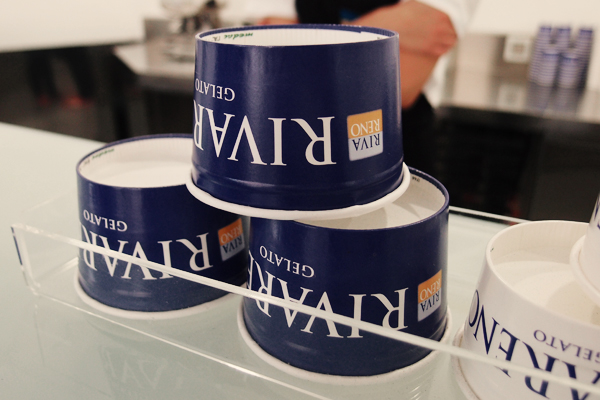 RivaReno offers an array of traditional Italian flavours along with American-inspired tastes (think chocolate and peanut butter), Indian (mango yoghurt) and a range of fruity sorbets and granitas. 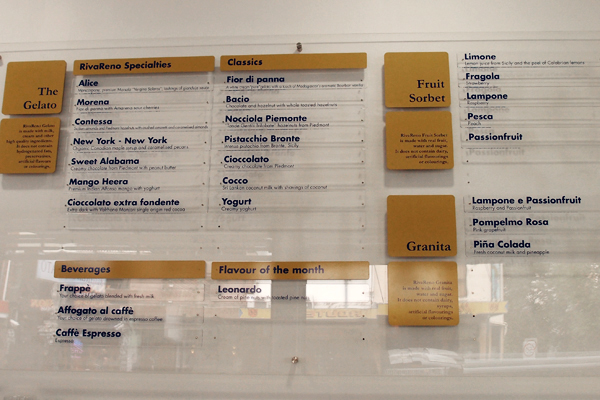 The gelato is not displayed in the typical ice-cream counter where customers can see the products. It is stored in the traditional Italian cylindrical containers known as “pozzetti”, which are deep inside the counter so as not to be exposed to the air for better conservation. 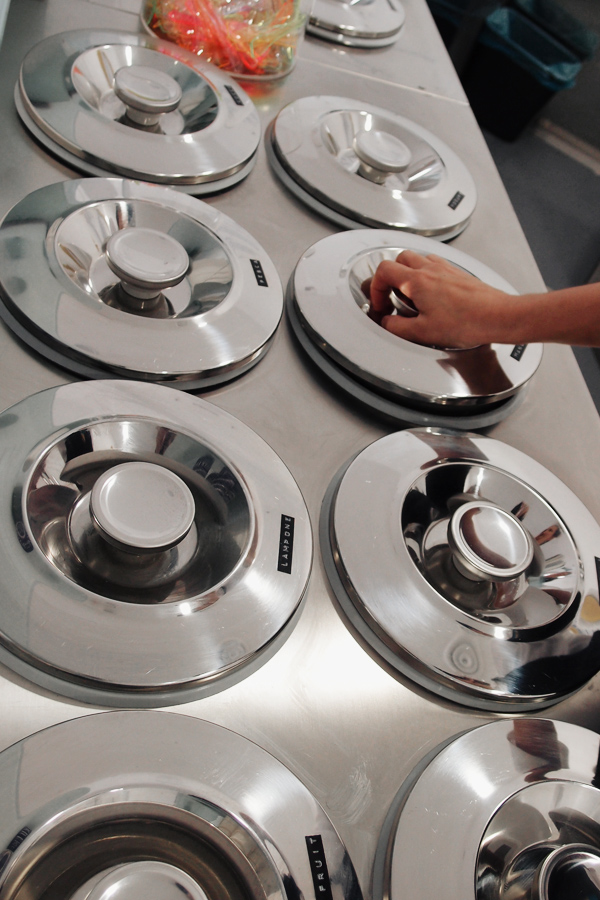 Now enough waffling on, let’s try some gelato! We start off with the sorbets which are dairy-free and contain more than 55% fruit. My favourite sorbet was Lampone (Raspberry), with just the right amount of sweet and tartness and oh so creamy in texture. The granitas were also delicious, with my favourite being the Pina Colada, a refreshing treat made with fresh coconut milk and pineapple. 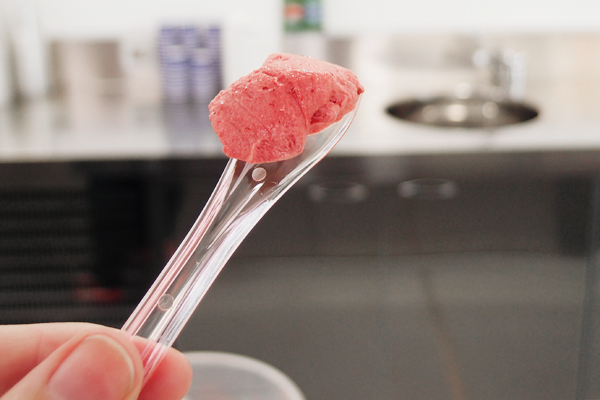 Looking inside the pozzetti you can see just how velvety and smooth the texture of the gelato is. This is my second favourite flavour on the RivaReno menu and it is Fior di panna (Vanilla). This creamy and silky smooth gelato has a hint of bourbon vanilla and really showcases the high quality milk and cream used.

Another highlight was the Cioccolato Extra-Fondente (Extra-Dark Chocolate). Bitter Manjari cocoa is added to RivaReno’s Dark Chocolate recipe to produce a rich and decadent flavour. 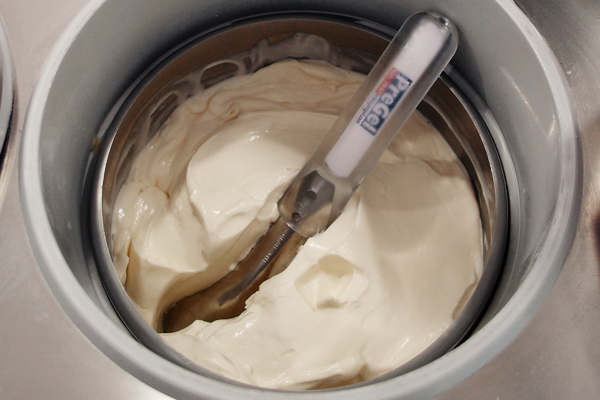 As a Nutella freak, the first thing that caught my eye when I entered the store (and elicited a lot of squealing) was this giant container of gianduja – basically a chocolate hazelnut sauce. It possibly tastes even better than Nutella (big call, I know). 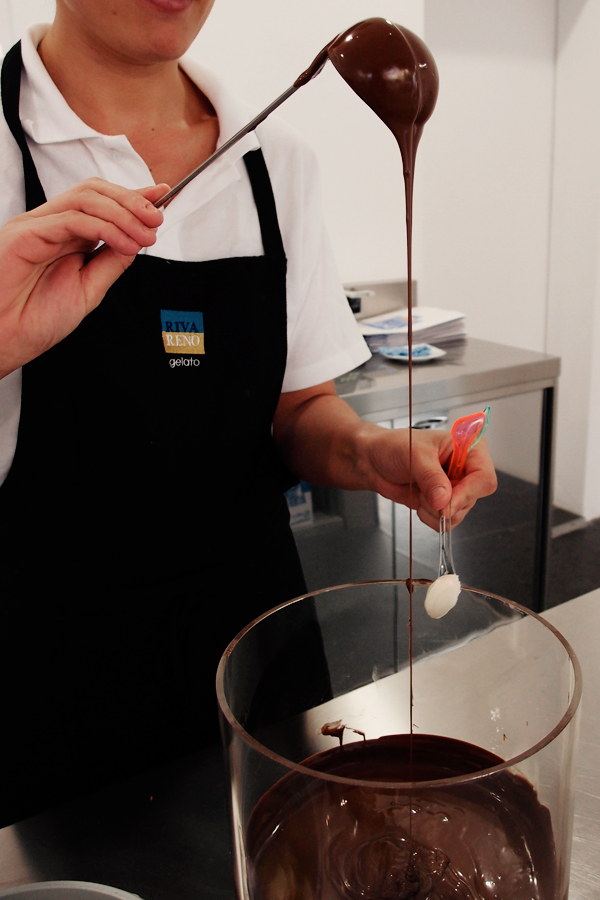 Their cones contain less sugar so that customers can actually taste the genuine flavours of the gelato rather than being “distracted” by the sweetness of the cones. 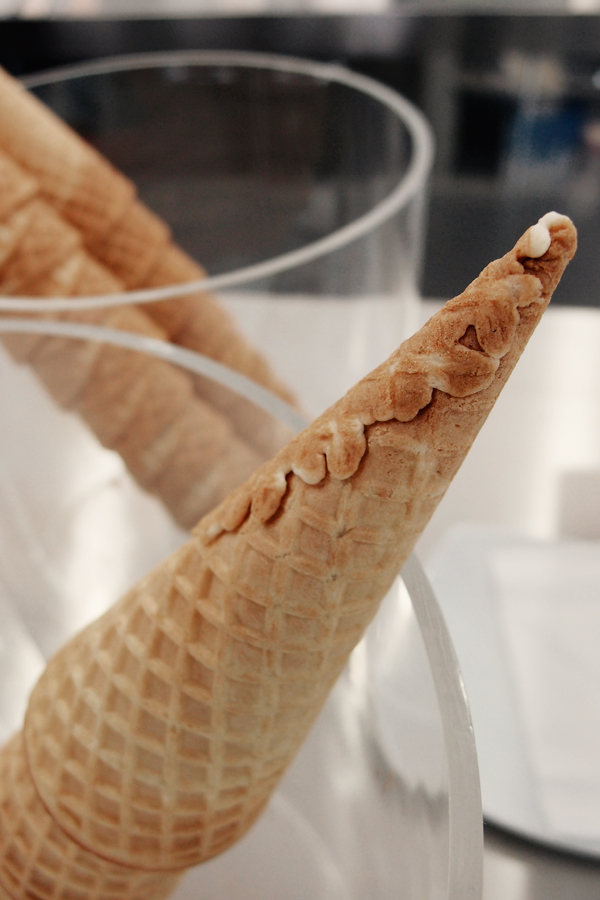 And what was my favourite flavour of all? Alice! Which also happens to be RivaReno’s most popular flavour. It features mascarpone combined with a splash of Masala and then topped with melted giandiuia. Heavenly. 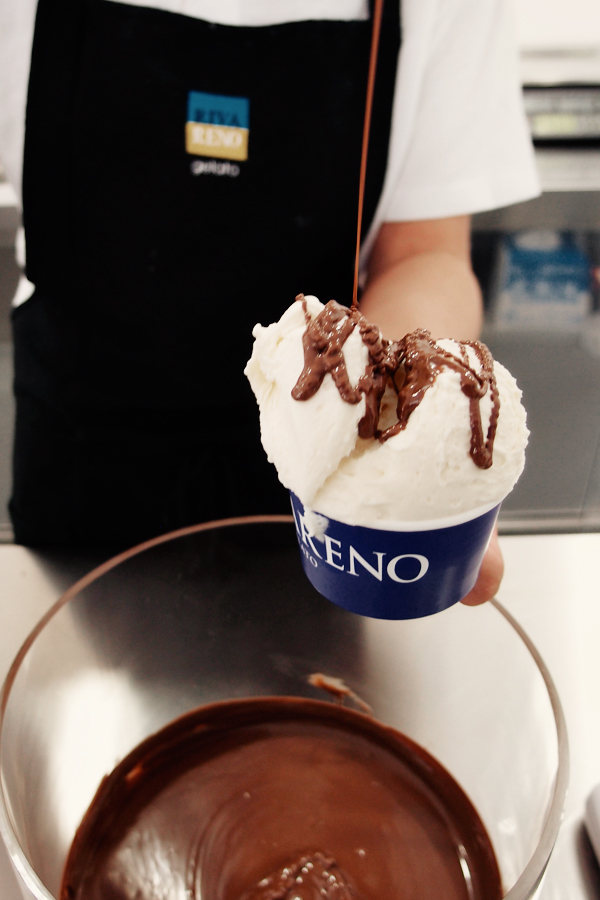 We ofcourse had to indulge in a big scoop of Alice! 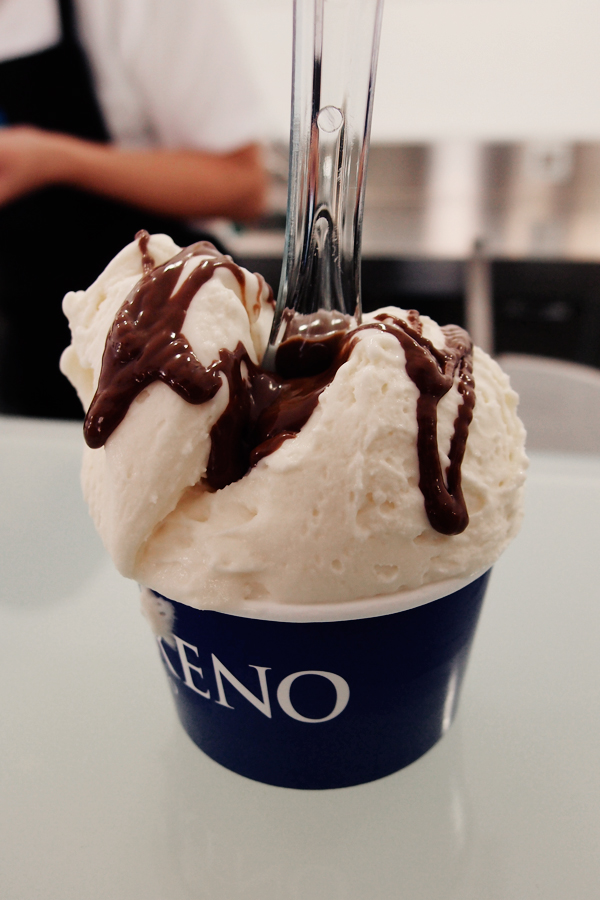 So how does it compare to it’s competitor down the road, Gelato Messina? To be honest it’s like comparing apples with oranges. Whilst Gelato Messina (who I love) is known for unique and outrageous flavour combinations (think peanut gelato with potato chips, honey and rosewater or rambutan and coconut) RivaReno sticks to it’s traditional Italian roots and does it very, very well. 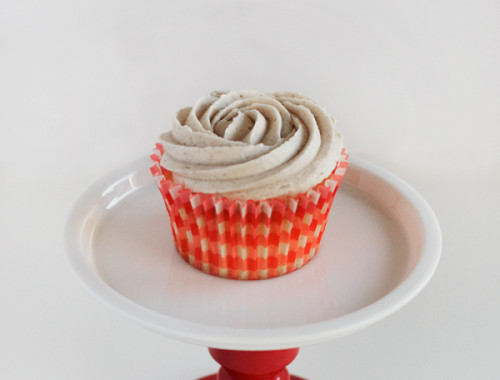 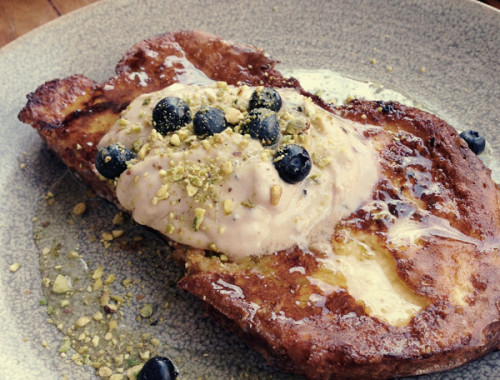 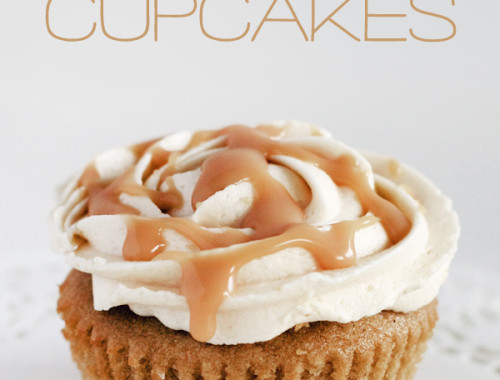