I LOVE Hot Cross Buns, it’s definitely one of the highlights of Easter for me. And I’m not one of those Hot Cross Bun purists either – choc chip, caramel, dried fruit, it’s all good to me! 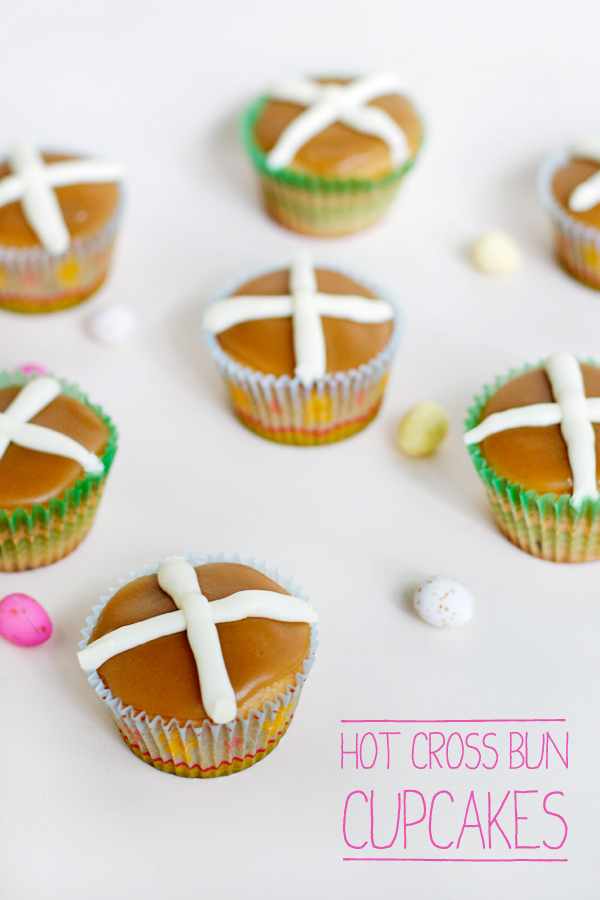 I started with a spiced cupcake filled with nutmeg and cinnamon and studded with fat juicy sultanas. We were already off to a good start!

My next mission was to create a caramel topping that was more of a ganache in texture than a frosting, as I wanted it to sit flush to the cupcake to replicate the shiny, domed top of a Hot Cross Bun.

And the finishing touch? 2 generous stripes of white chocolate to make the cross! Traditionally, Hot Cross Buns are crossed with a mixture of flour and water before baking. Looks good, tastes bad. You will love the white chocolate version, guaranteed. 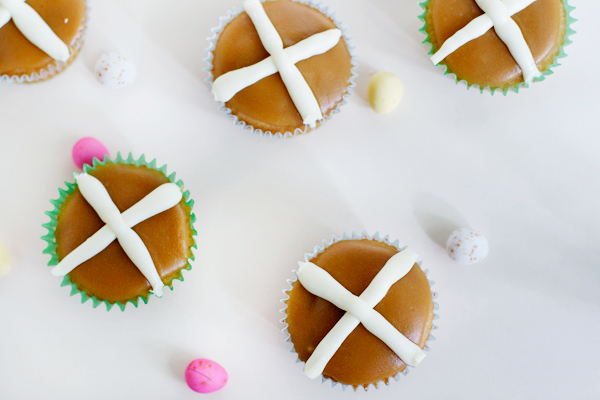 An easier way to adorn the cupcakes with crosses quickly involves lining the cupcakes up and doing long lines all at once, instead of individually crossing each cupcake. Once the white chocolate hardens, you can gently separate the cupcakes. 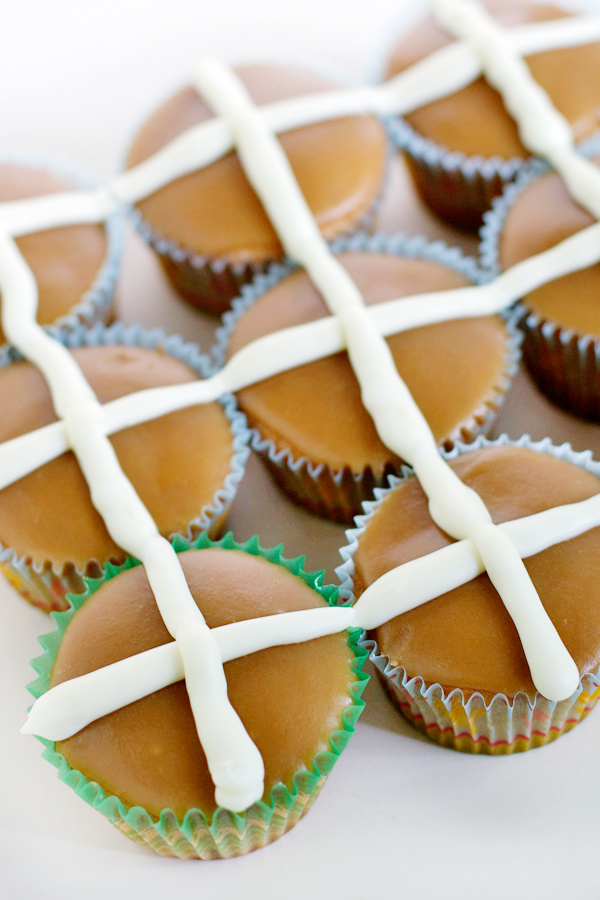 And the verdict? My housemate shouted “THESE ARE AMAZING. CAN WE LIVE TOGETHER FOREVER?” I take that as a good sign. 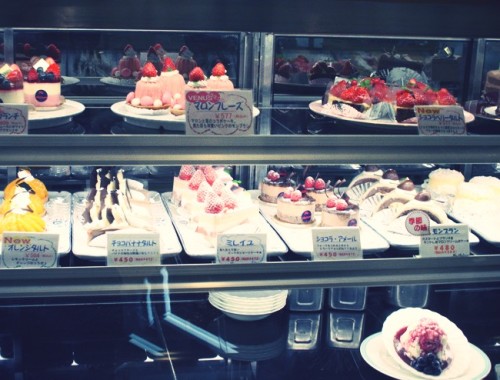 Sweet Treats Around the World 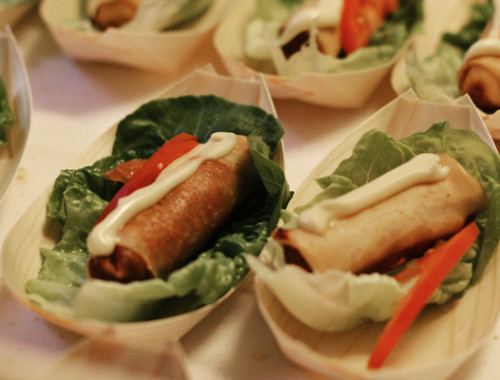 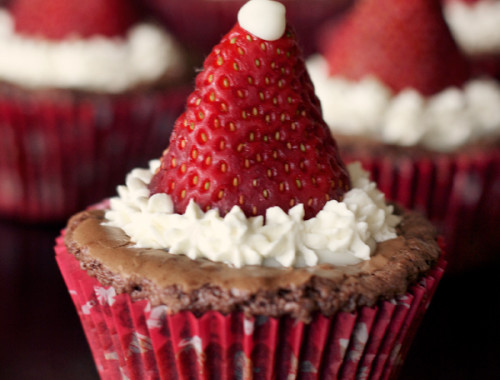