I hope everyone had a wonderful and relaxing Christmas and ate way too much! Whilst I’ve worked my way through the leftover ham and trimmings, there is always the lone Panettone, sitting there lost and forgotten. Every year someone feels obliged to bring a giant Panettone, and every year it goes largely uneaten.

For those who don’t know what Panettone is, it’s a traditional Italian Christmas bread, round in shape and filled with dried fruit. 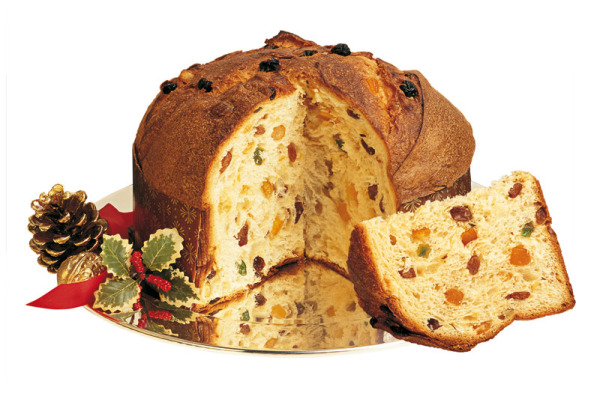 Apologies to my Italian readers, but I find Panettone kind of underwhelming. So how could I avoid food wastage and create a delicious dessert? By turning them into WAFFLES, duhh. 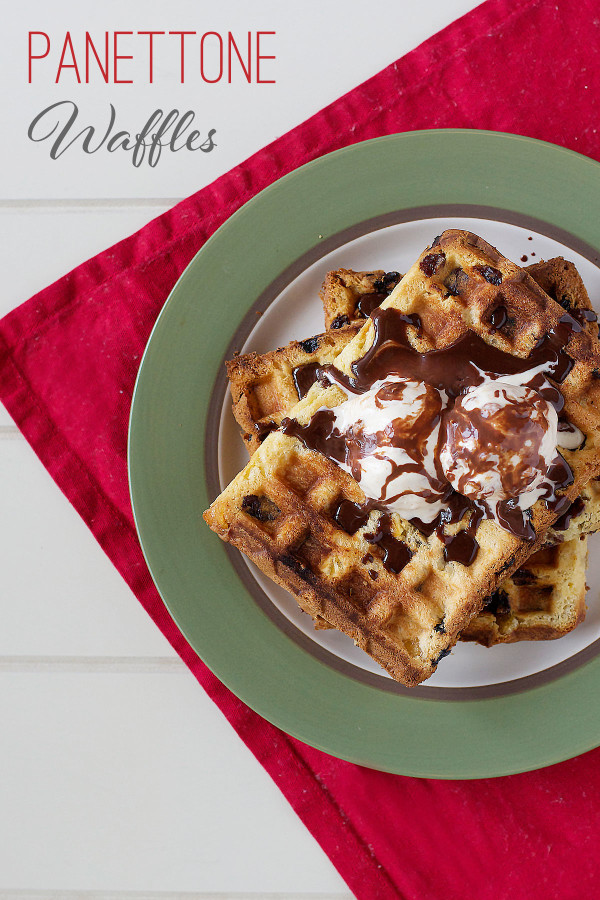 Firstly I sliced the Panettone thickly and spread each side with butter and cinnamon. I toasted each slice in my waffle iron until brown and crispy. 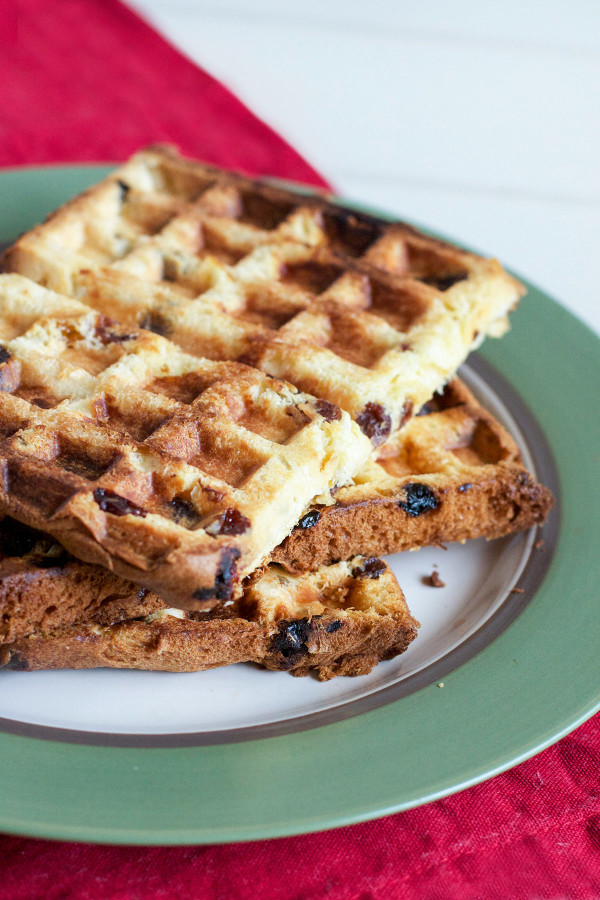 Then I added 2 scoops of my favourite ice cream…. (Australian Christmases are hot, after all!)

And finished it off with a generous serving of thick and rich dark chocolate ganache. 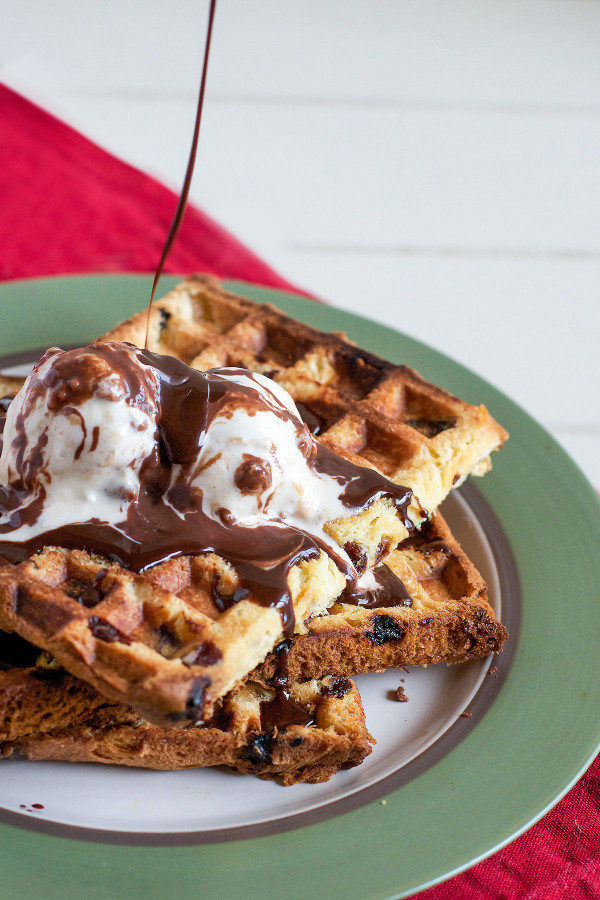 (Ahh the joys of shooting icecream in the middle of summer in Australia… it goes from freezer to a melted mess within the space of 5 minutes).

And the result? Crispy and spicy Panettone waffles studded with little bursts of fruit, smothered in melting ice cream and rich ganache. The flavours and textures all worked well together and it turned the humble Panettone from something I tend to avoid, to a dessert I want to recreate again and again! 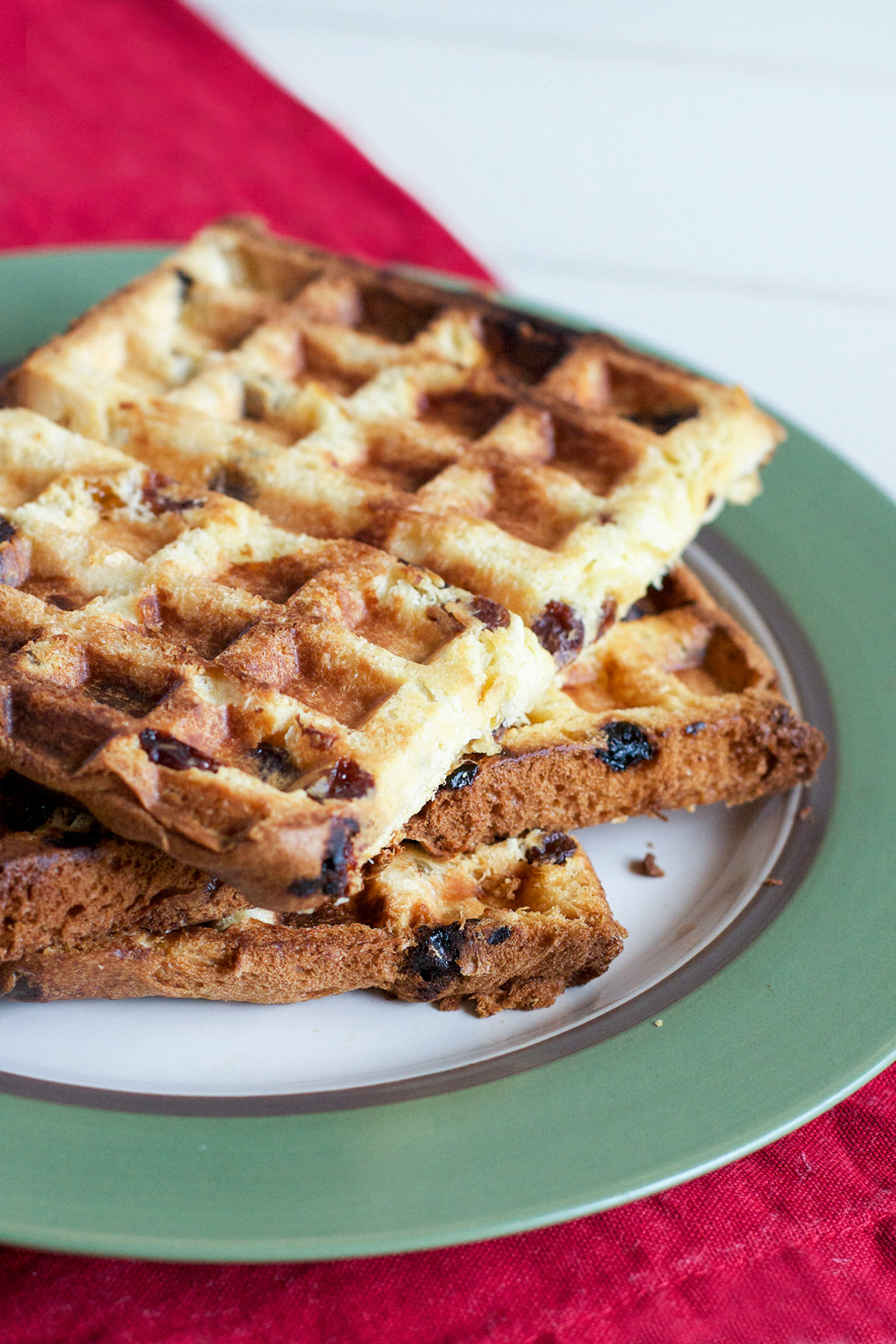 ♥ Don’t have any leftover Panettone? Try using thick cut raisin toast in the waffle iron! Otherwise, you will find them half price in a lot of supermarkets as they try and get rid of the surplus (try Aldi).

♥ Don’t have a waffle iron? Butter both sides of the Panettone slices and pan fry until golden brown.

What’s your favourite way to use up Christmas leftovers? 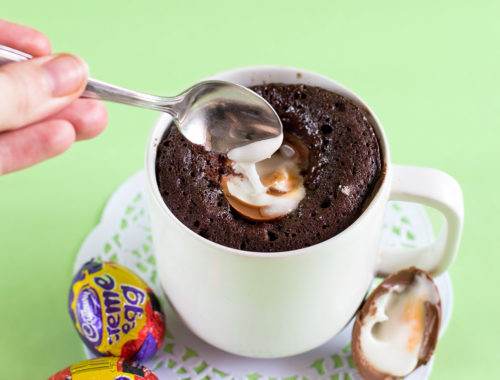 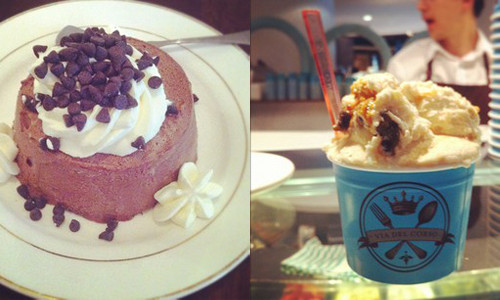 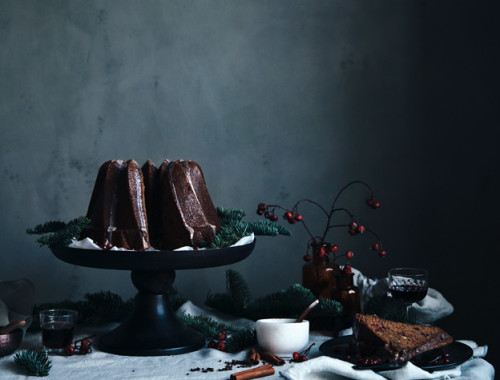