It’s no secret I am a big fan of St Patrick’s Day, not only because of my Irish heritage, but because it’s an excuse to experiment in the kitchen with delicious Irish alcohols! 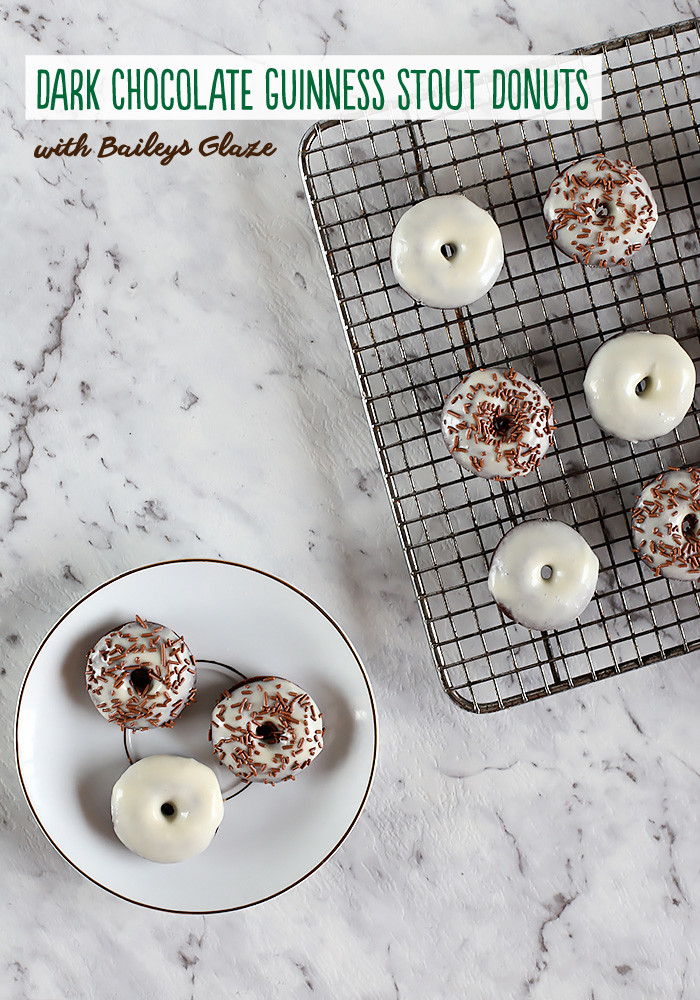 I must admit I am not a huge fan of drinking Guinness stout beer, but something magical happens when you add it to chocolate cake batter, giving it a rich and slightly bitter depth of flavour. In fact, I like it so much my Dark Chocolate Guinness Cake has to be one of my all time favourite desserts, ever. 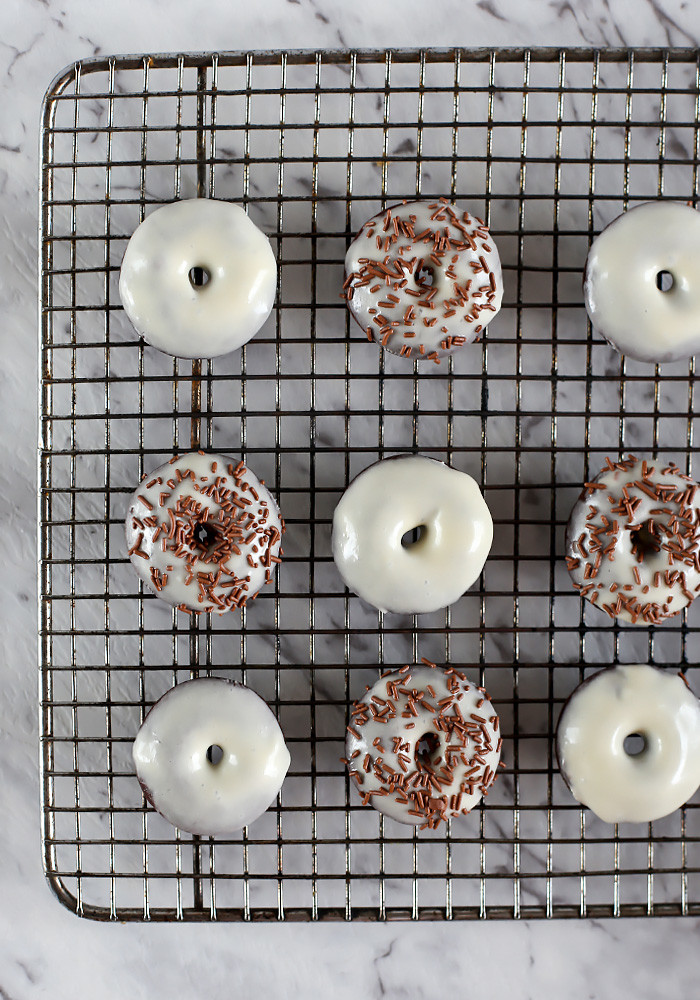 Cream cheese icing made with Baileys Irish Cream is another personal favourite of mine, and shown off with extreme decadence in my Guinness Layer Cake (plus the inclusion of dark chocolate Irish whiskey ganache!) 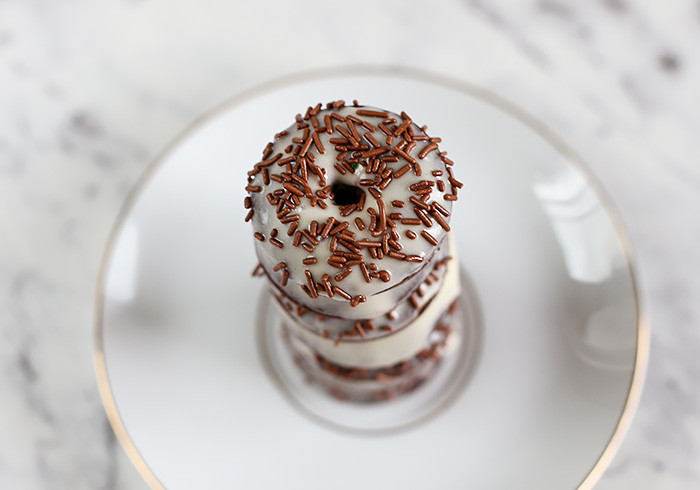 I’ve adapted both of these recipes into mini donut form, with the batter comprising of dark chocolate Guinness cake batter and the icing transformed into a Baileys glaze. 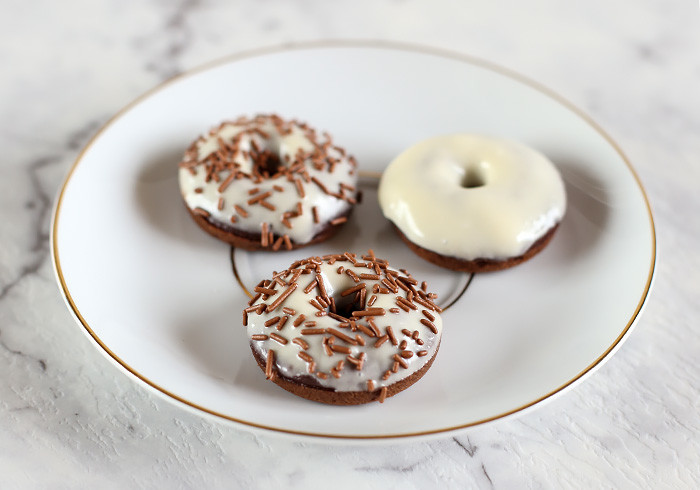 Since hovering over a large vat of boiling oil is not my idea of fun (especially as it was a stinking hot and muggy day when I made these) I whipped these babies up in my electric donut maker. And don’t worry if you don’t have a donut machine, you can buy the donut trays from most homewares stores these days and cook them in the oven. 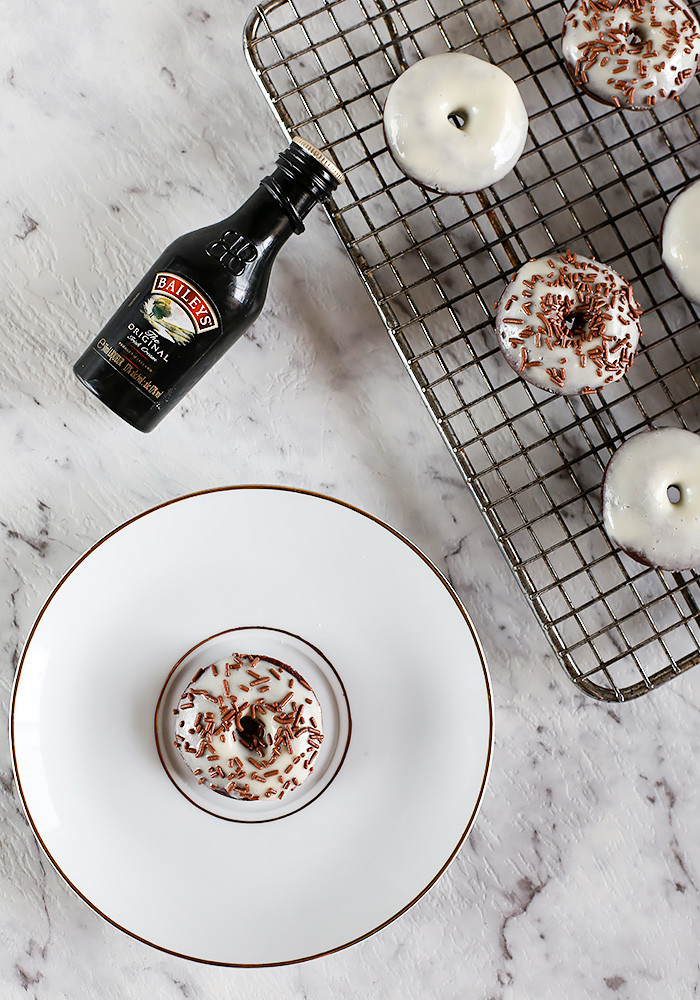 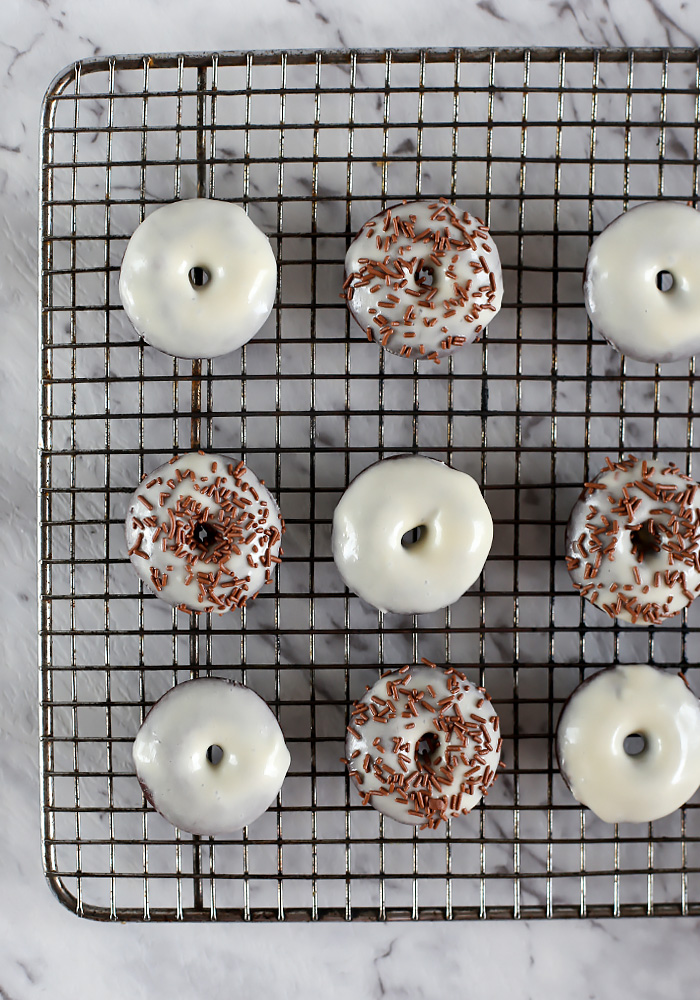 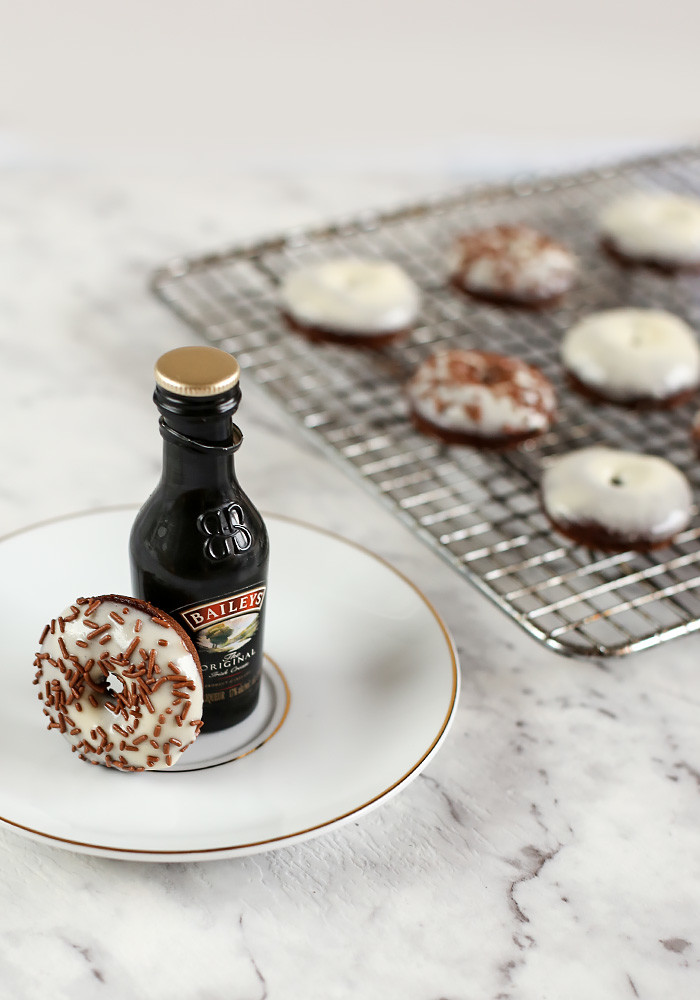 I decorated some of the donuts with chocolate sprinkles and left the others plain. You could finish off with a drizzle of dark chocolate whiskey ganache (from here) if you feel so inclined, or top with green sprinkles for a more patriotic St Pat’s Day result. 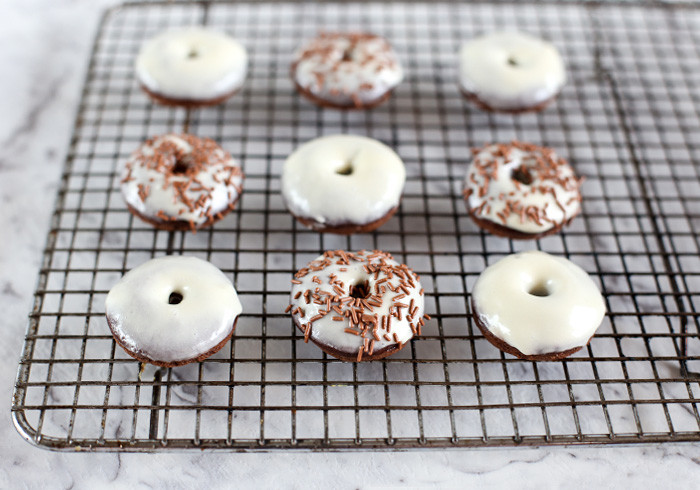 These donuts are rich and moist and the sweet Baileys icing contrasts perfectly. They are the perfect treat to celebrate St Patrick’s Day, or any day of the year for that matter! 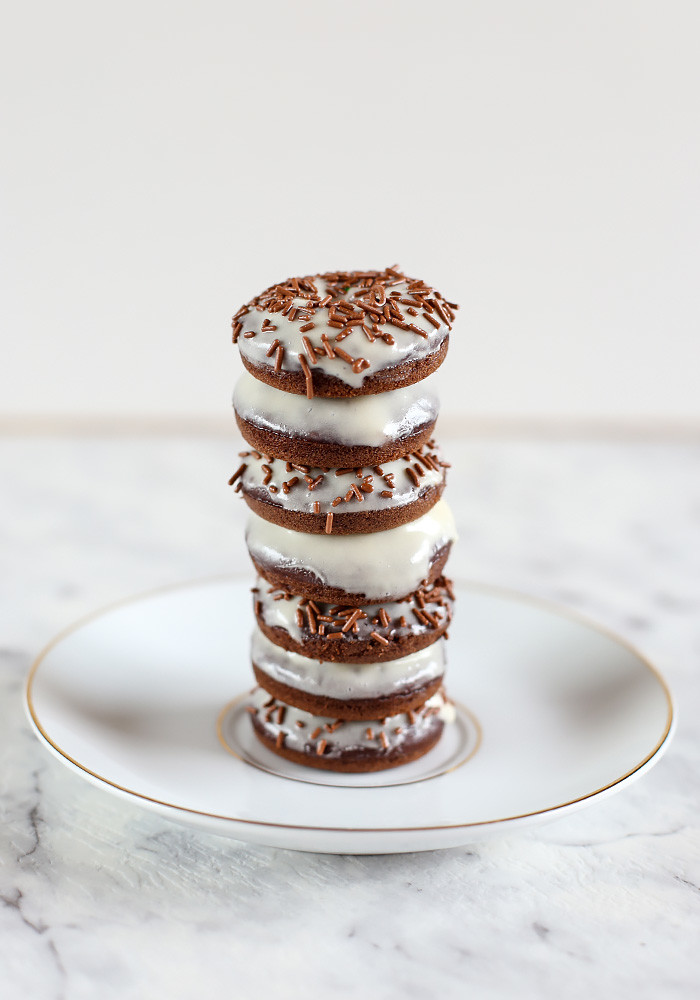 Do you celebrate St Patrick’s Day? What’s your favourite thing to bake for it? 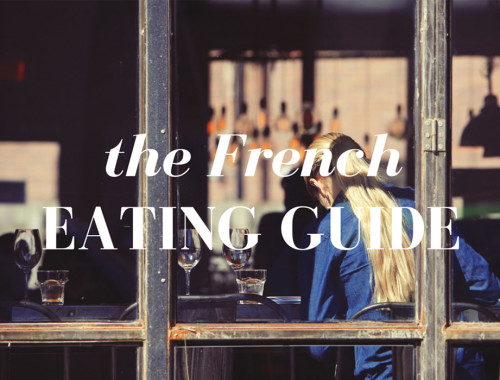 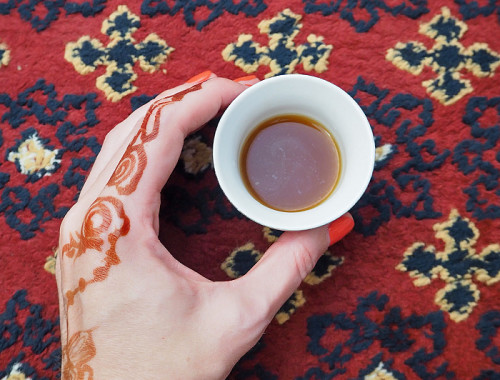 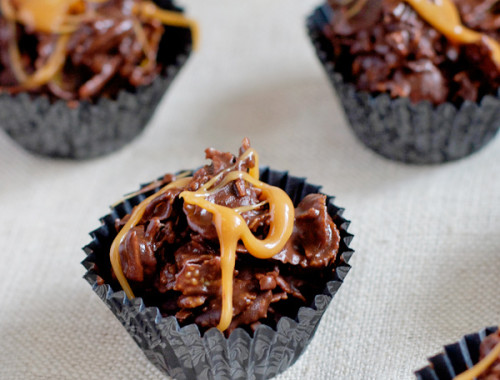