You’ve probably seen these double decker cookie cakes covered with fresh flowers and fruits across your social media channels lately and they have become known as “Cream Tarts”. I made an Easter version earlier this year and it went bonkers on the internet and I was thrilled to see so many of you make your own version! 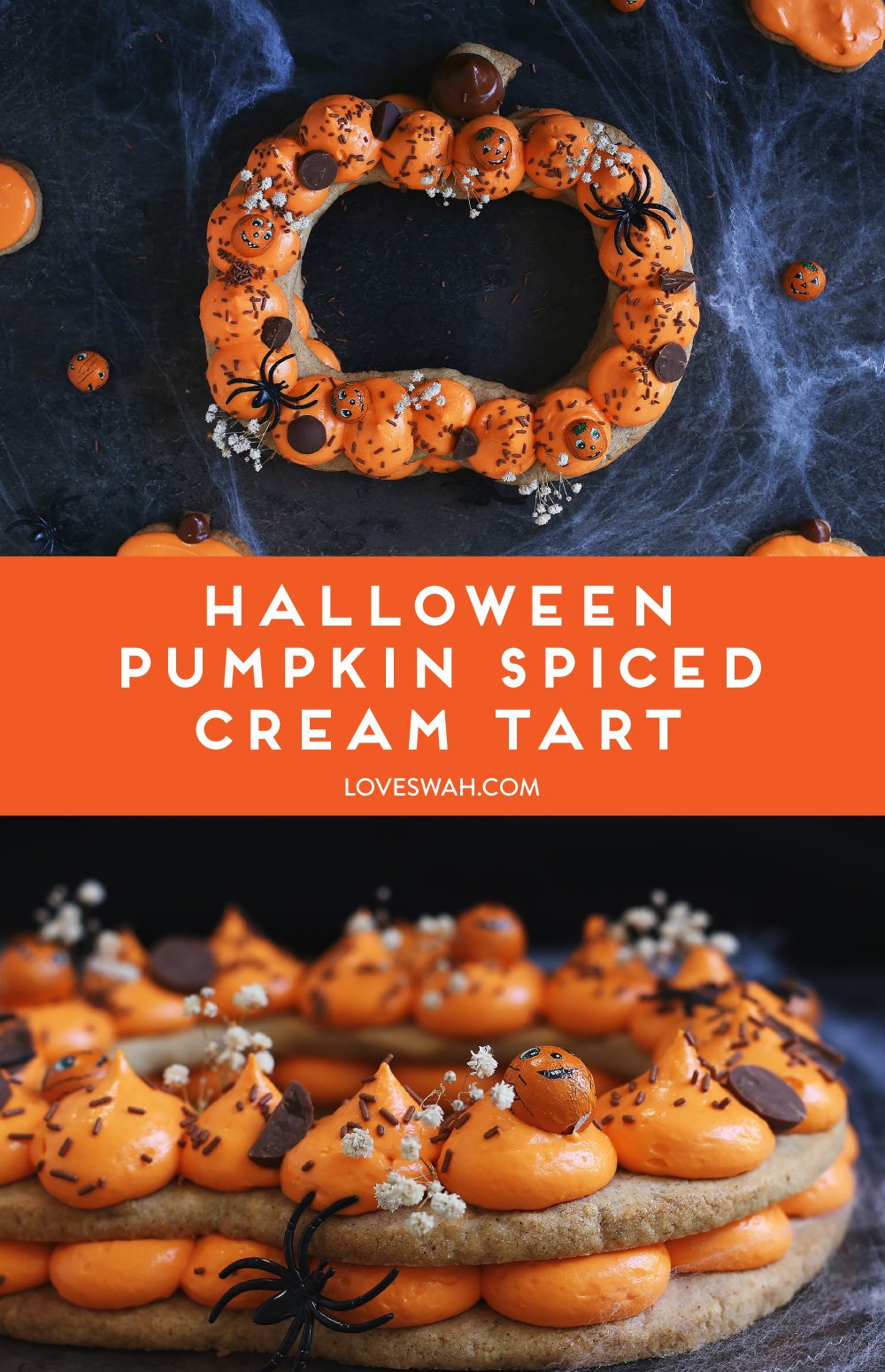 With Halloween fast approaching, I thought it would be another good opportunity to make a holiday-themed dessert with a spooky twist. Whilst these Cream Tarts generally take the form of a letter or number, there are a never ending supply of shapes you can make, and for Halloween I decided a pumpkin shape was the way to go! If you want to give this a go yourself, feel free to download my template to print and cut out here. 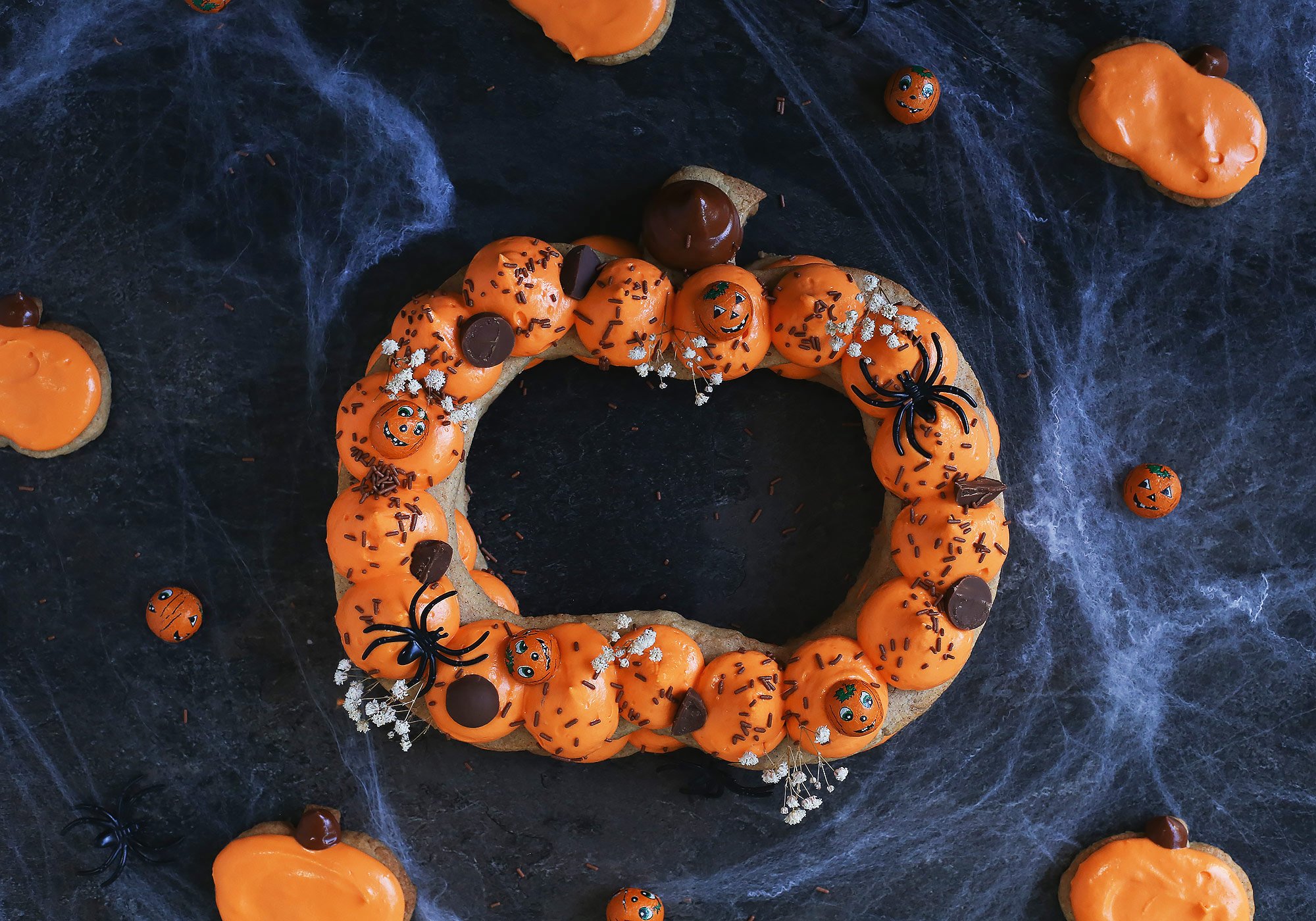 I also gave it a seasonal taste upgrade and added pumpkin spice to the cookie dough – this is a mixture of cinnamon, ginger, nutmeg, allspice and cloves and it definitely smells like the holiday season to me! 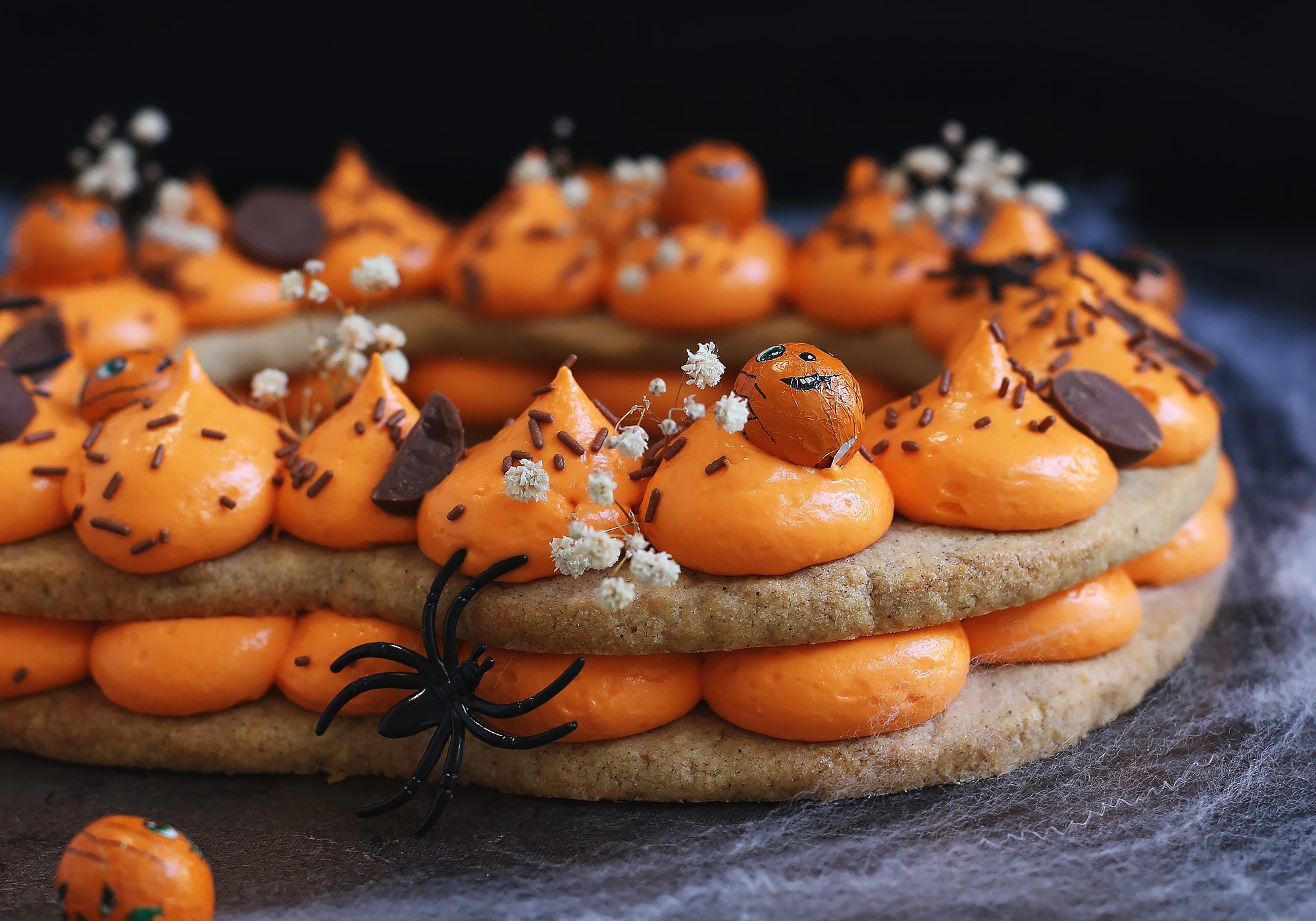 The process to make this cream tart is similar to the Easter version. First we start with a shortbread biscuit that is extremely easy and quick to make. The dough is rolled out between 2 pieces of baking paper (to prevent it from sticking to the rolling pin and bench) and I then transferred the rolled dough to the fridge for 10 mins to firm up slightly. It’s spring here in Australia and the heat and humidity is starting to ramp up, so I knew the slightly chilled dough would be much easier to handle! 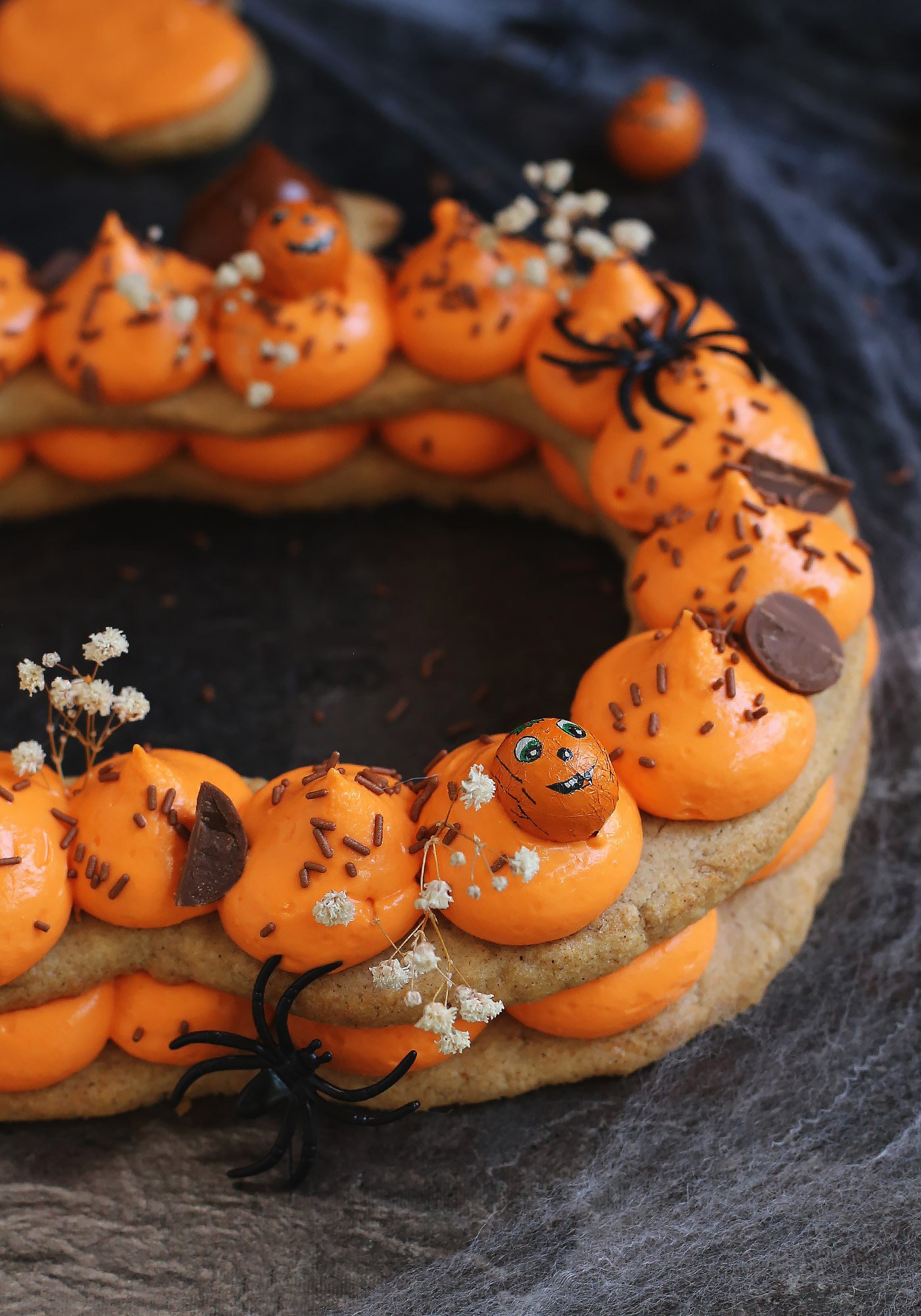 Once the dough has chilled slightly, I used the template as a guide and cut out 2 pumpkin shapes with a sharp knife. With the leftover dough I cut out some small pumpkin shapes too. All the cookies are then carefully transferred to baking trays and baking until golden brown around the edges (around 10-12 minutes). 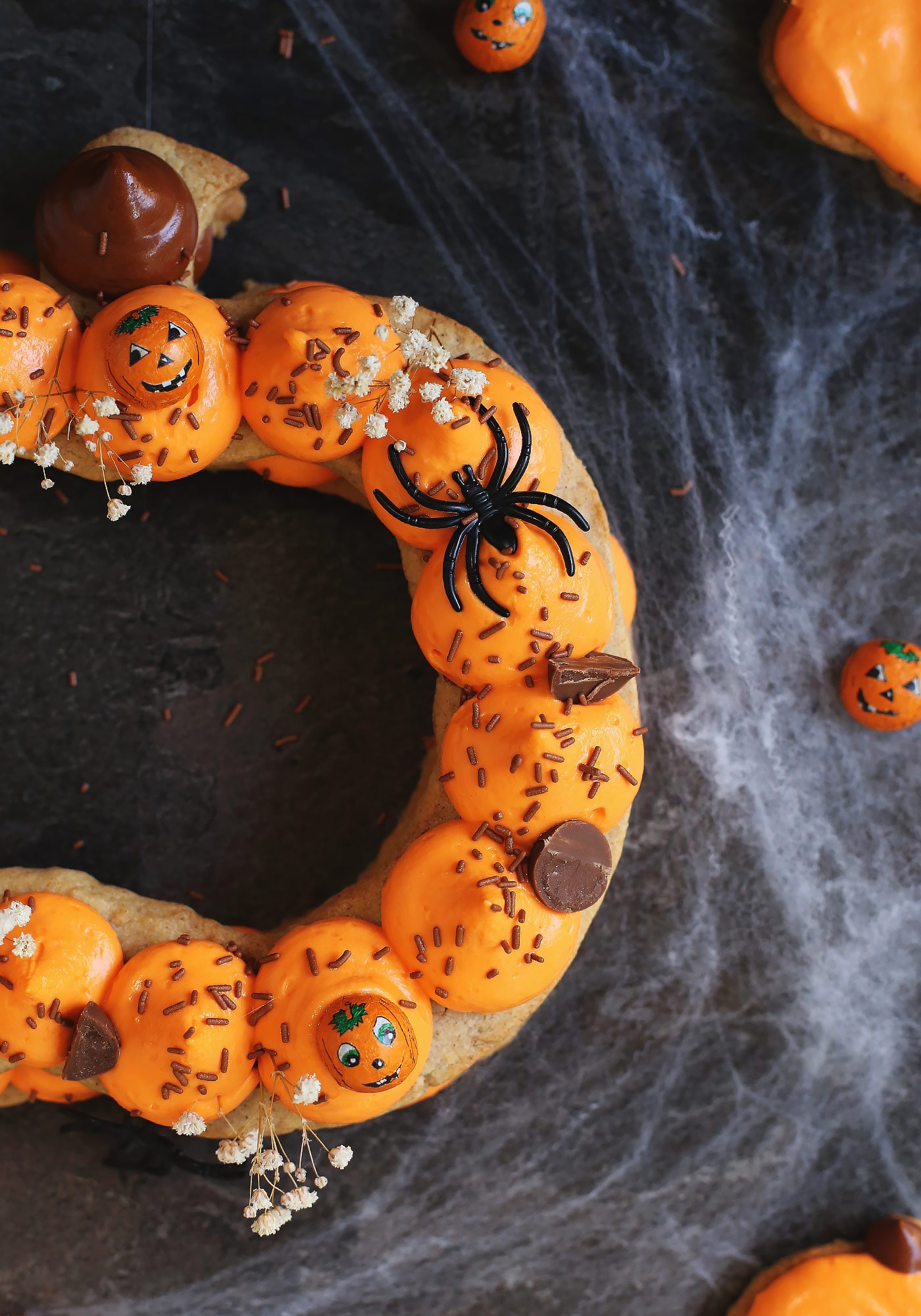 Allow the cookies to cool down completely before icing. This cream cheese ganache is the perfect flavour match to the spiced cookies. Remove 1/8 of the icing and put it in a seperate bowl and colour this with brown food dye for the pumpkin stem. With the remaining icing, colour it bright orange. 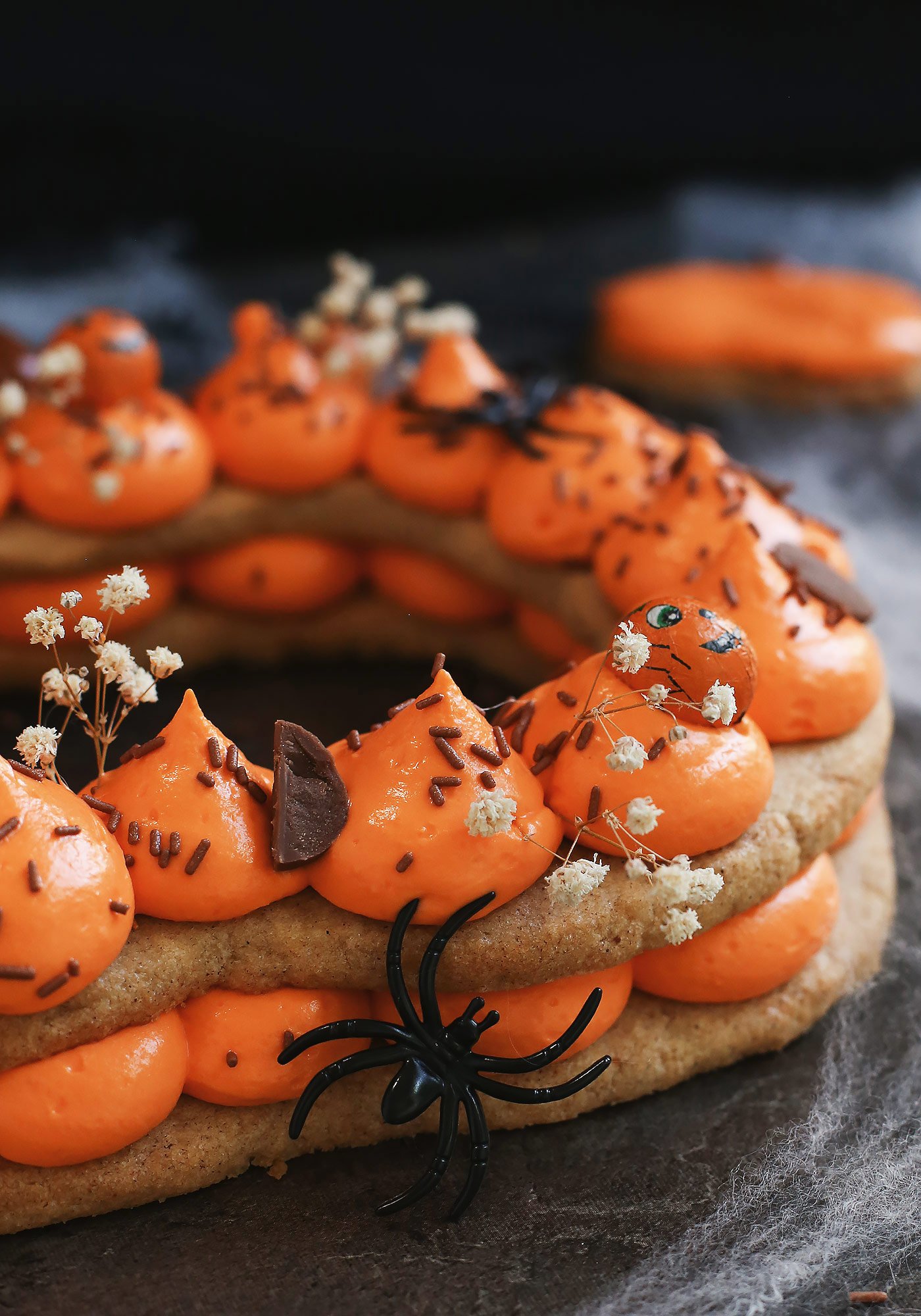 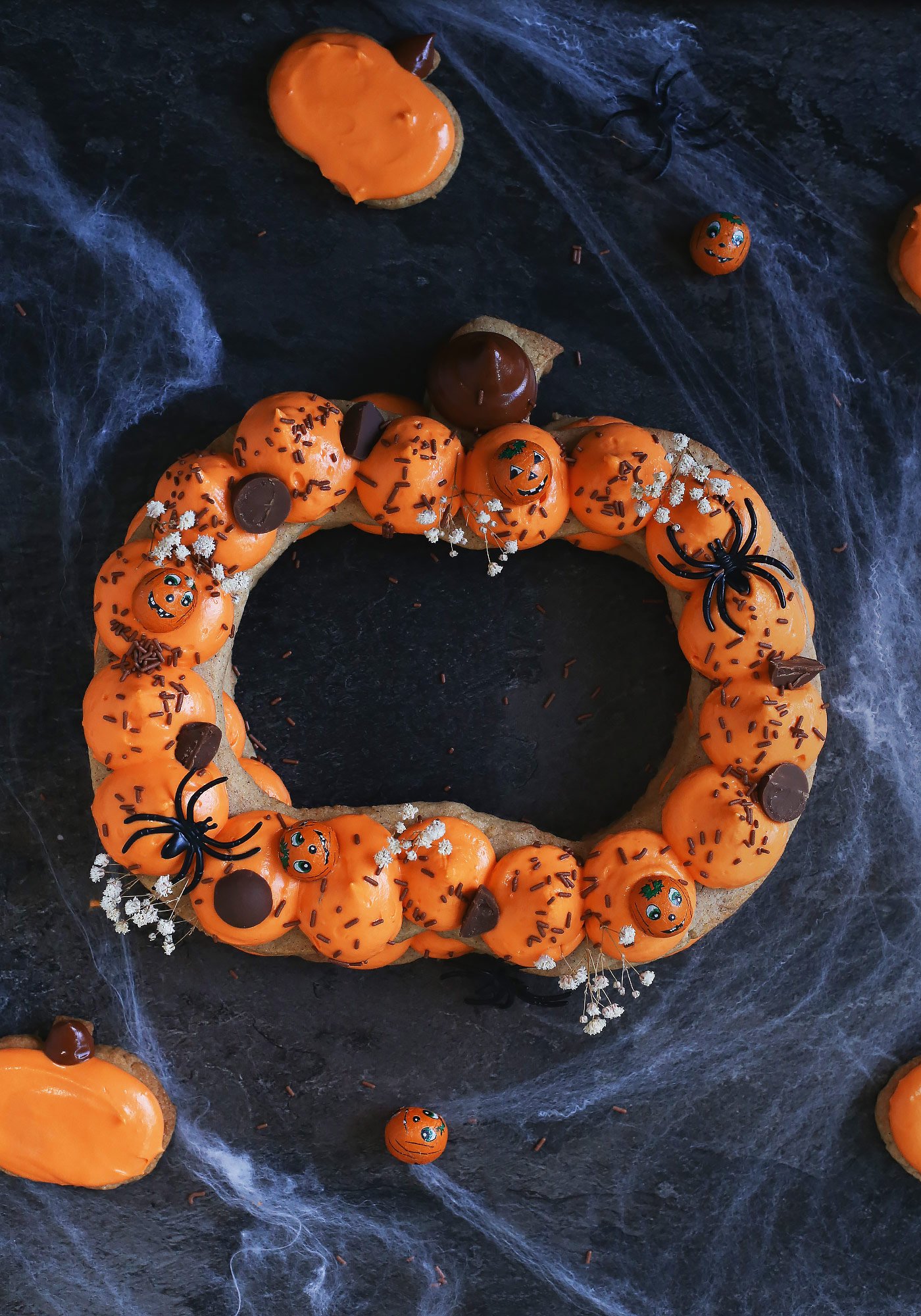 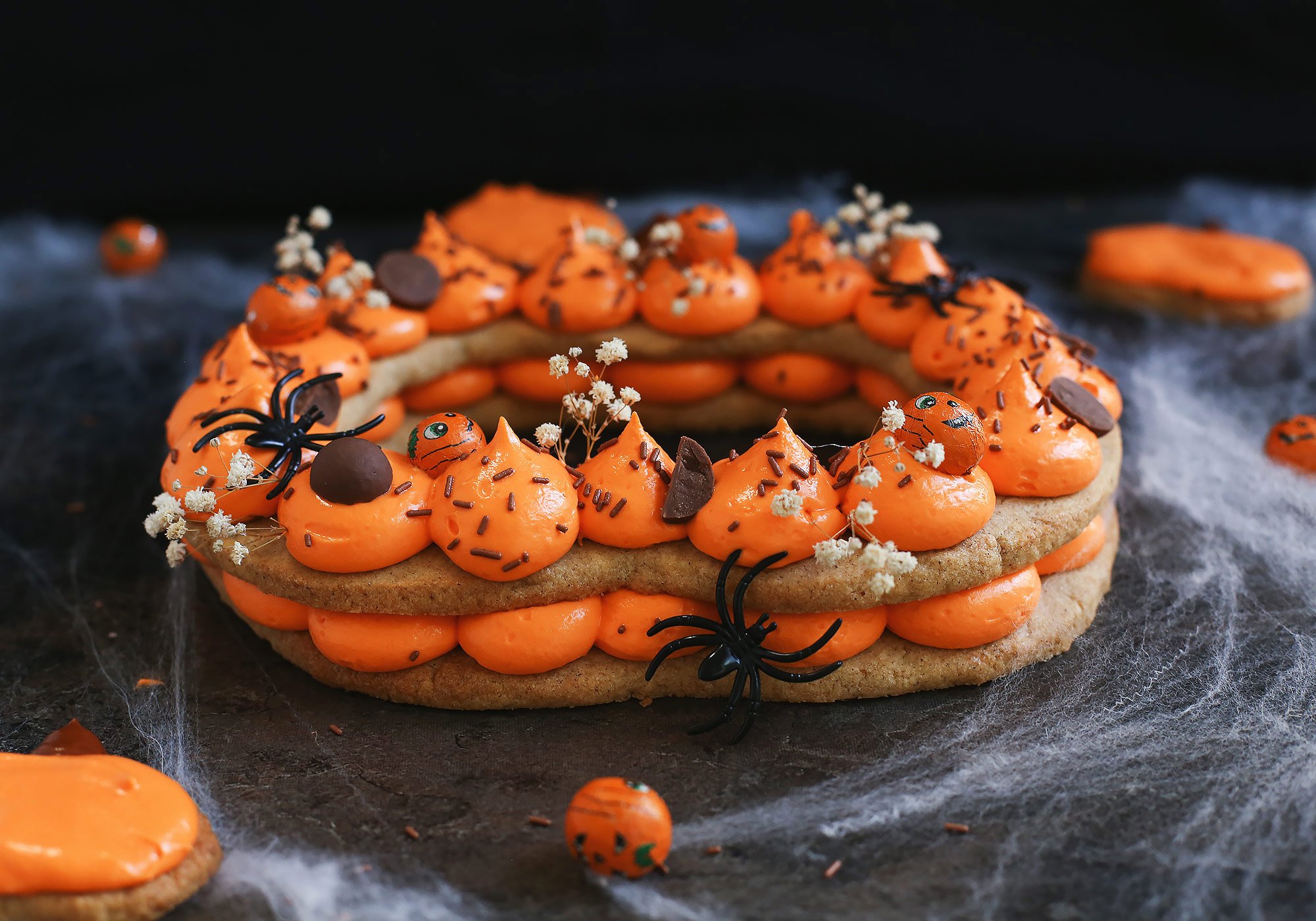 I hope you enjoyed this spooky twist on a cream tart for Halloween, and if you’re after more holiday baking ideas then check out the archives! 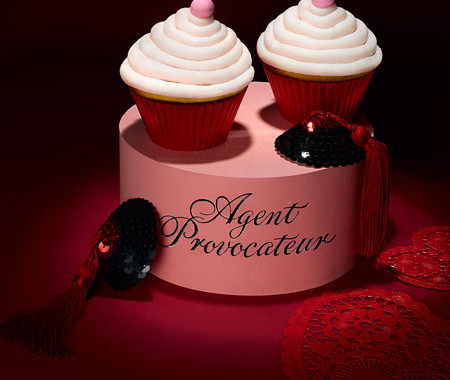 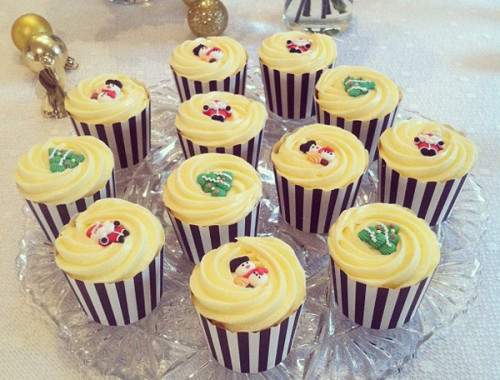 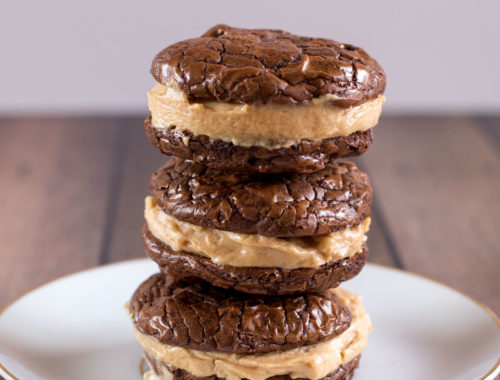