I love using fresh fruit in my baking, not only for the intense fruity flavour, but for the gorgeous colour it naturally tints anything it touches. I had a bunch of leftover raspberries hanging around my kitchen and I knew they had to be transformed into something delicious. I’ve used them in 3 ways in this recipe – as a thick raspberry sauce made from pureed fresh berries to fill the cupcakes, in the buttercream and as decoration. This makes a very pink, very cute dessert idea for Valentine’s Day! 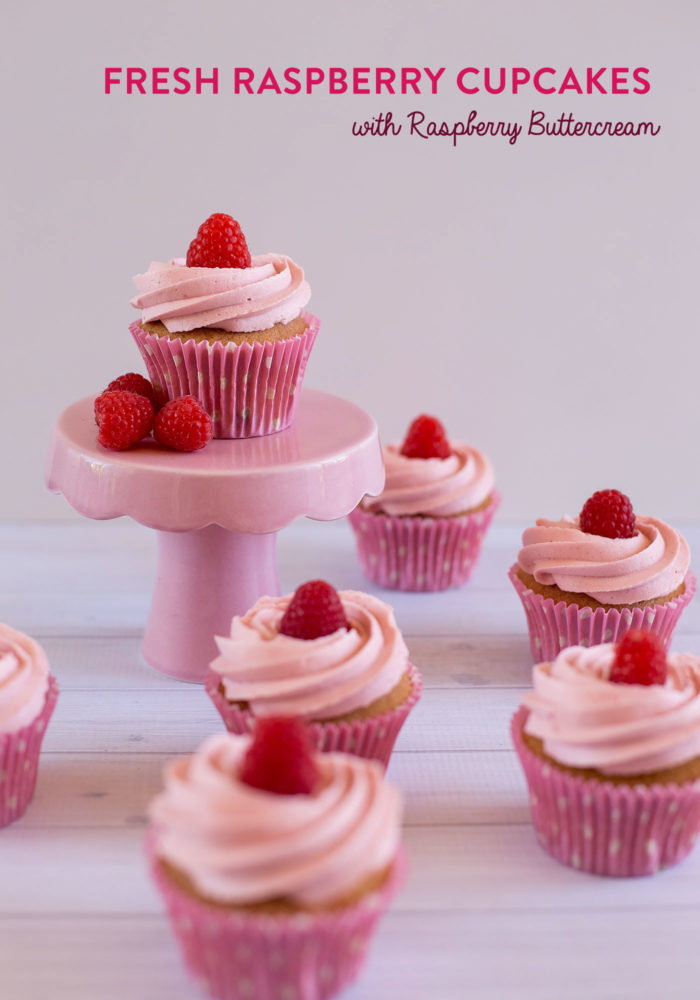 I paired the raspberries with a vanilla-based cupcake to let the fruity flavour shine through, but another flavour I love combined it with is rosewater. These Raspberry and Rosewater Donuts are heavenly, so if you have any rosewater floating around your pantry I highly suggest throwing a teaspoon into the batter before baking! 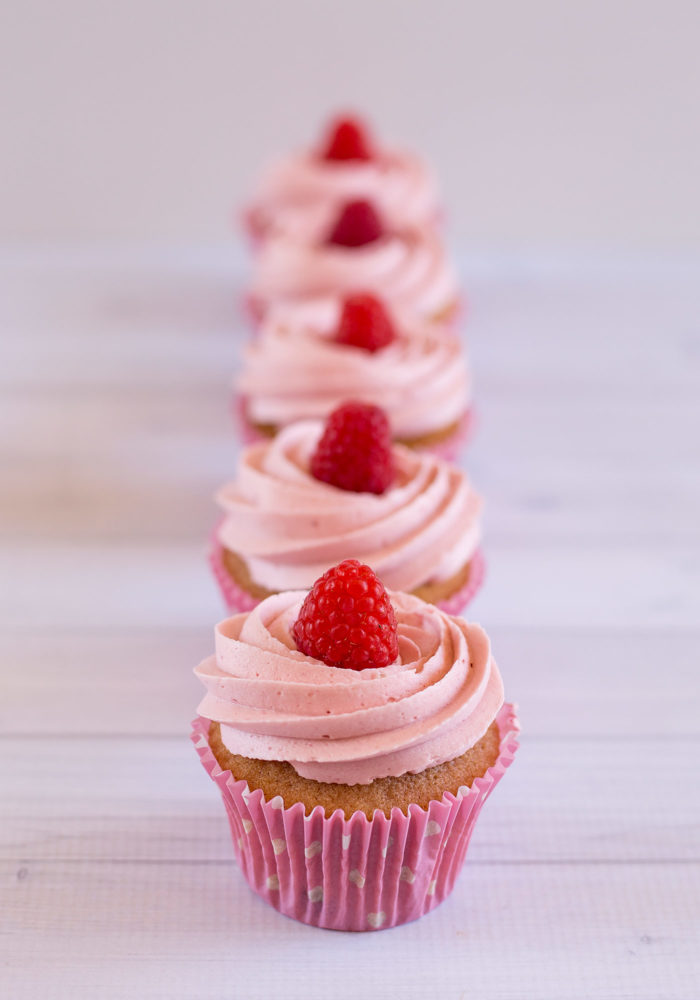 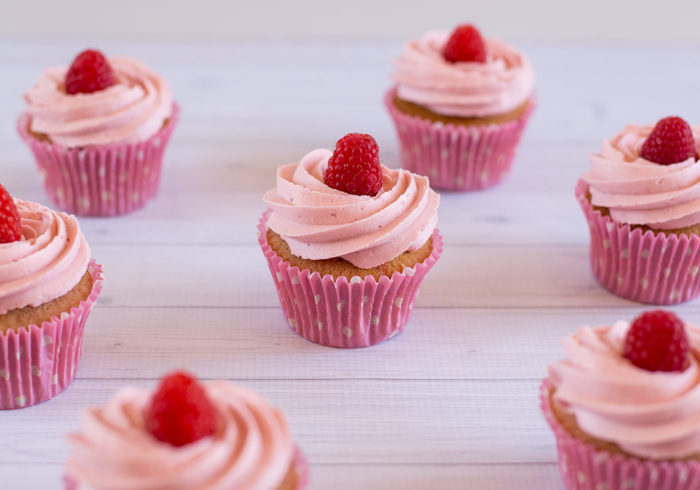 The fresh raspberry sauce is incredibly simple to make – it simply involves cooking the fruit, lemon juice and a dash of sugar thickened with corn starch and allowing it to thicken. I intentionally kept it on the tart side as I found it balances nicely with the other sweeter elements. I used most of the sauce as a filling, and the rest is blended with butter and icing sugar to tint and flavour the buttercream. 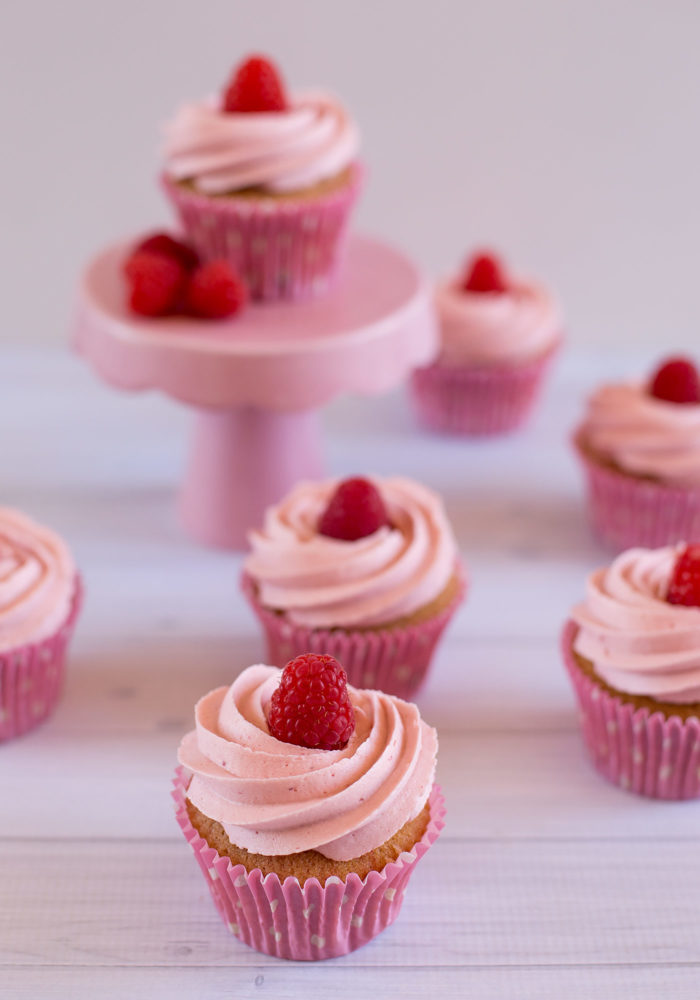 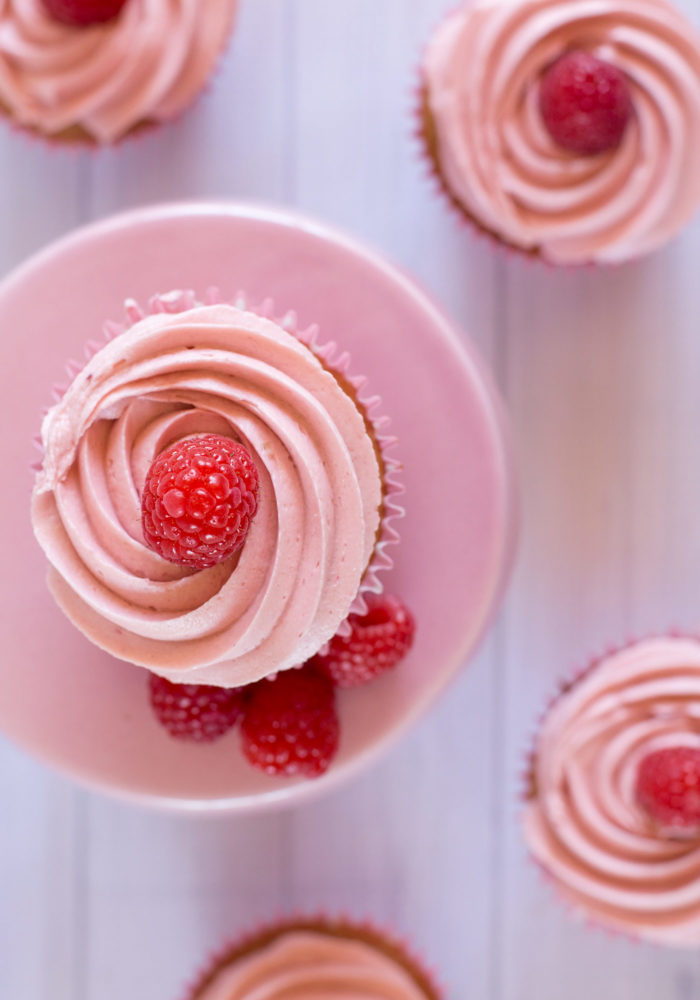 There is honestly no comparison between the fresh raspberry flavour and using raspberry extract (I’ve tried, it tastes artificial). But if raspberries aren’t in season where you are, by all means you can use frozen raspberries. Just make sure you let them defrost to room temperature before use. 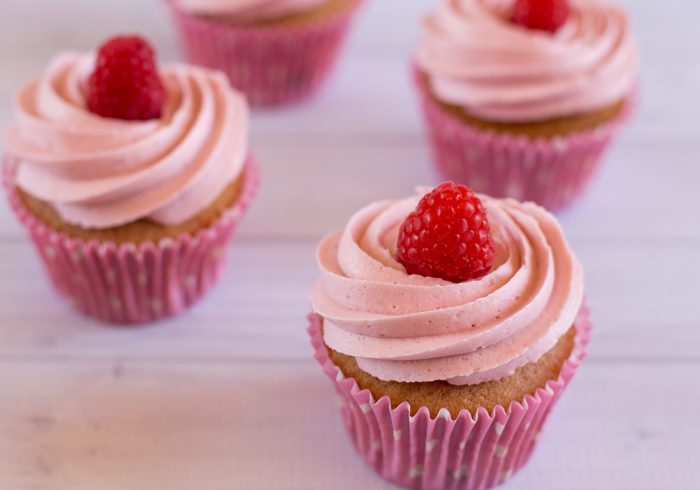 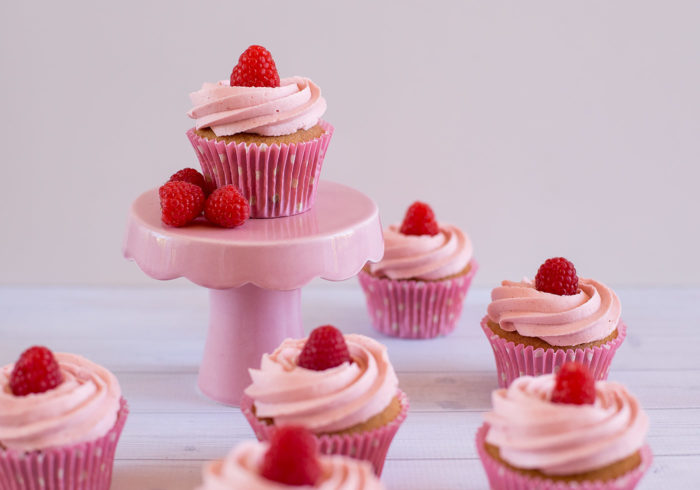 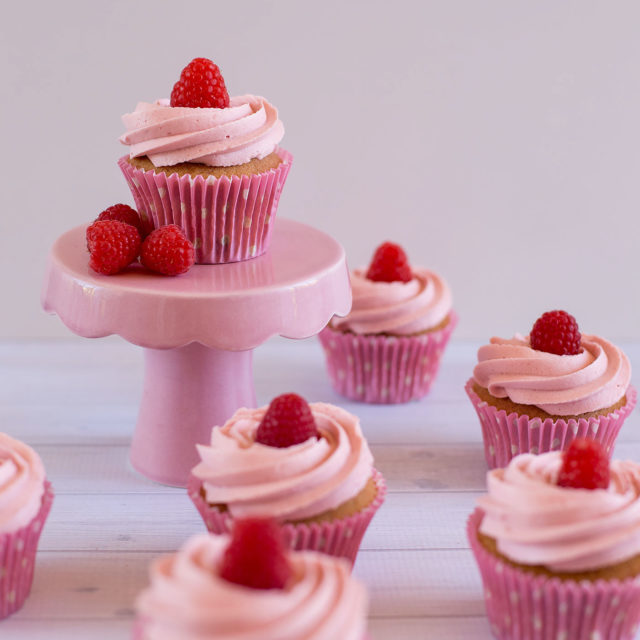 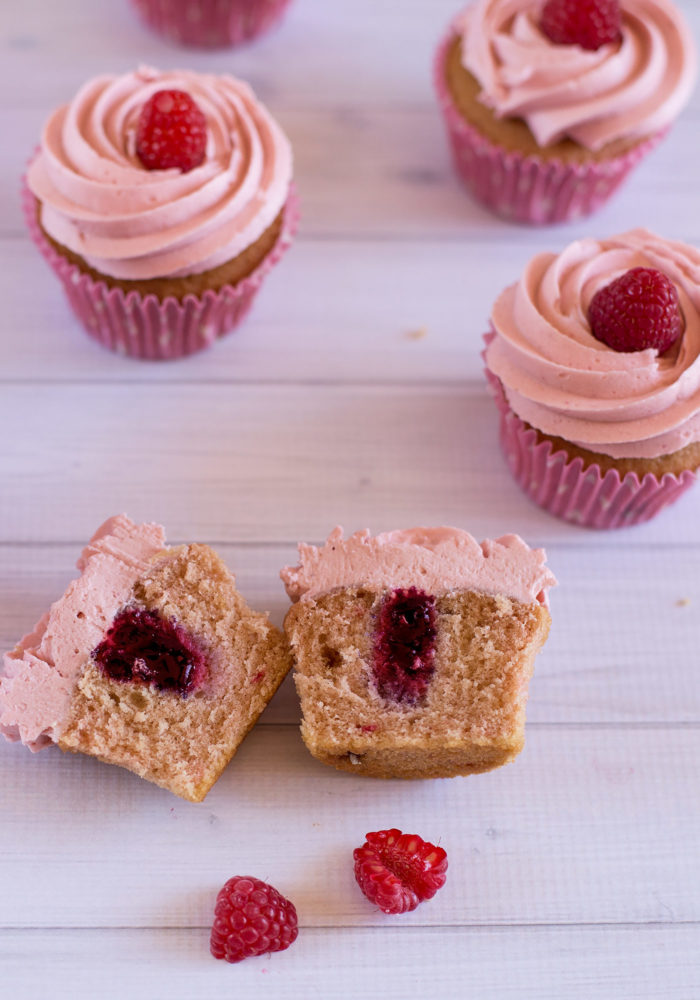 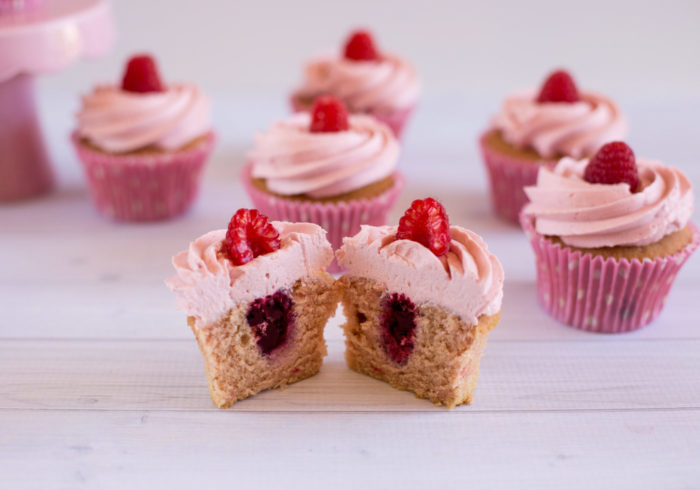 This recipe can easily be turned into a double layer cake, simple divide the batter between 2 x 20cm round cake tins lined with baking paper and bake for around 30 minutes or until a skewer comes out clean. I would put a generous layer of fresh raspberry sauce in between the cake layers and cover the entire thing in pink buttercream. Delicious! 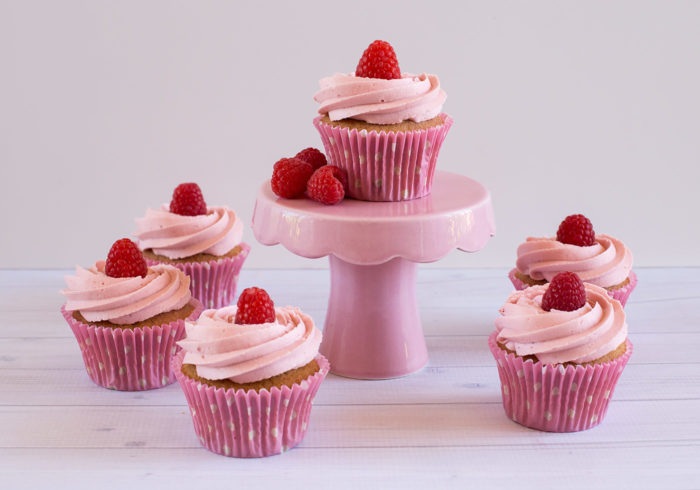 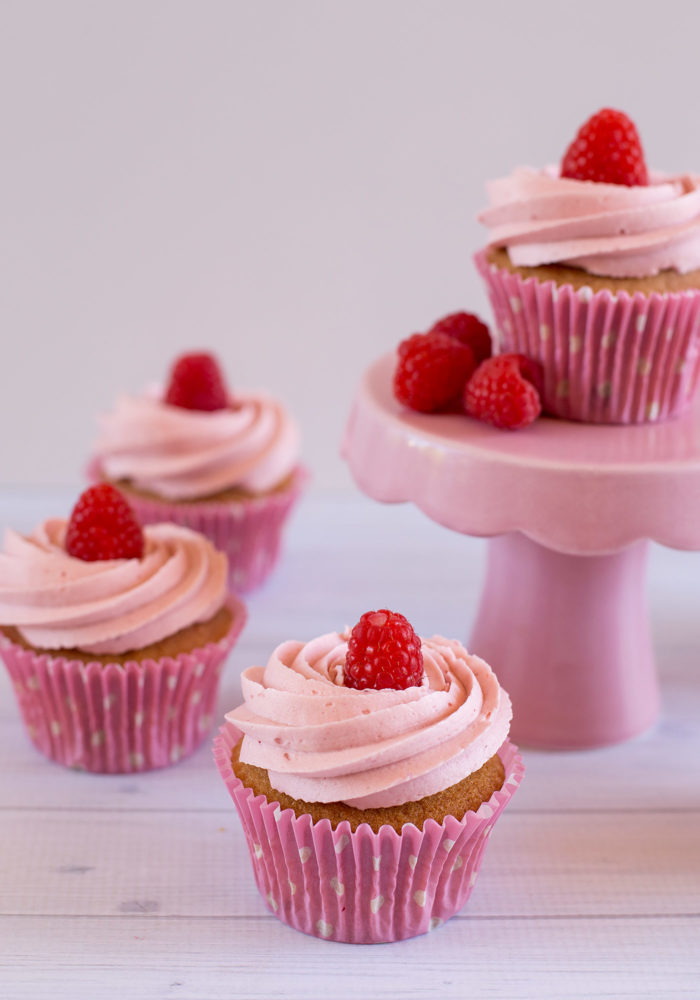 A garnish of a single fresh raspberry on top of the swirl of pink icing is the perfect finishing touch. If you can get your hands on some freeze dried raspberries they would work a treat too, sprinkled over the top. 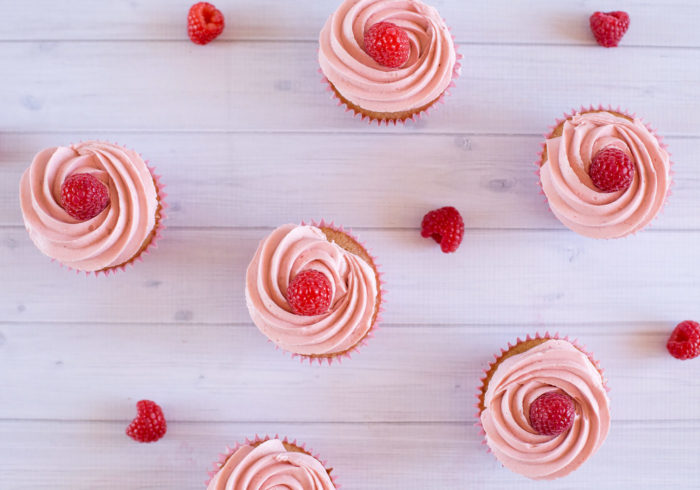 What’s your favourite way to use berries in baking? 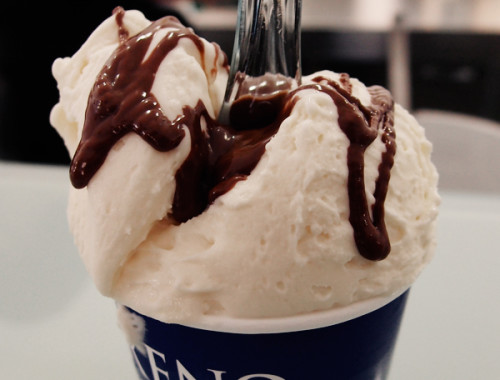 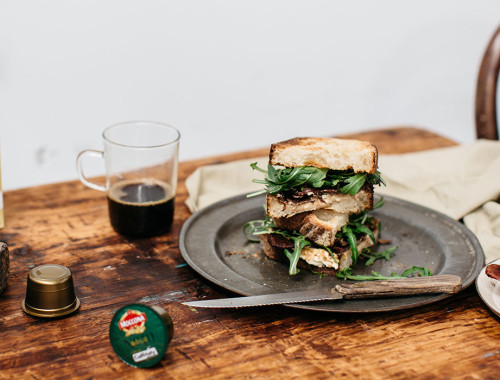 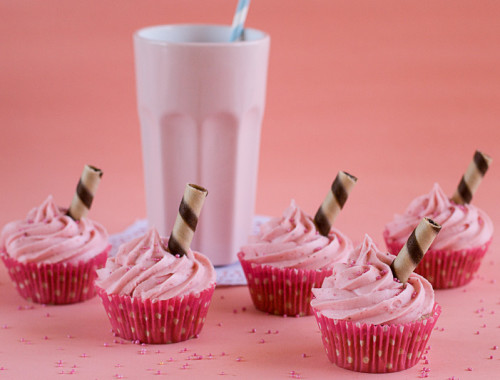